24 of 1015 portraits matching these criteria: 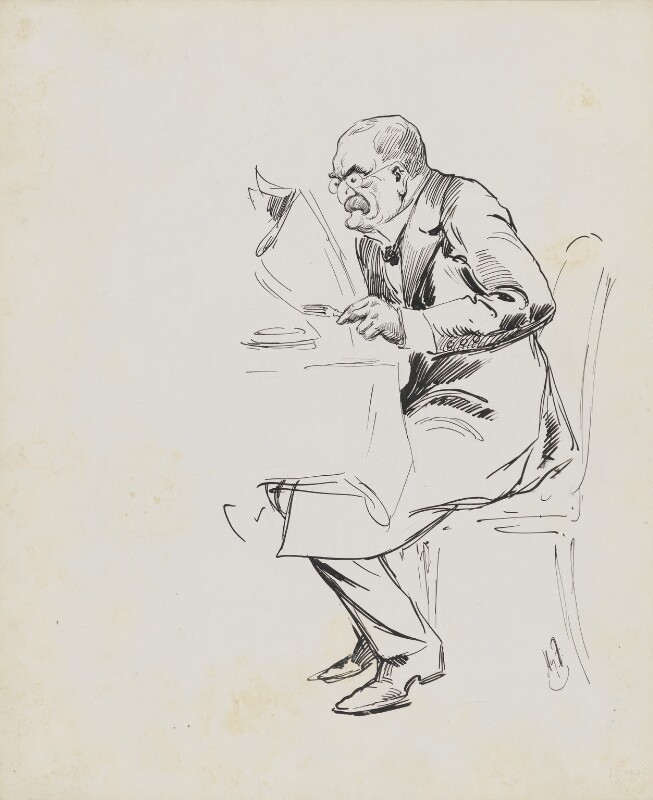 Dawson Williams was a gift to caricaturists, ‘a commanding, even awe-inspiring figure, well over six feet tall, glaring sternly through a pair of rimless spectacles which were jammed on his aquiline nose beneath craggy eyebrows. He was a taciturn man, but when moved he could be brusquely ironical, or diplomatically persuasive.’ [1]

In strong rapid pen strokes Harry Furniss conveys Williams’s ‘impatience and prickly, autocratic manner’. [2] He shows the editor hunched over a paper, gripping a fork, his great frame folded under a dining table. This large sketch may have been taken from life; and the inscription on the reverse (‘Dawson Williams M.D.’) suggests it may be dated to before his knighthood in 1921.

The artist; his sons, from whom purchased (through Theodore Cluse), April 1947; transferred from NPG Reference Collection, 1994.