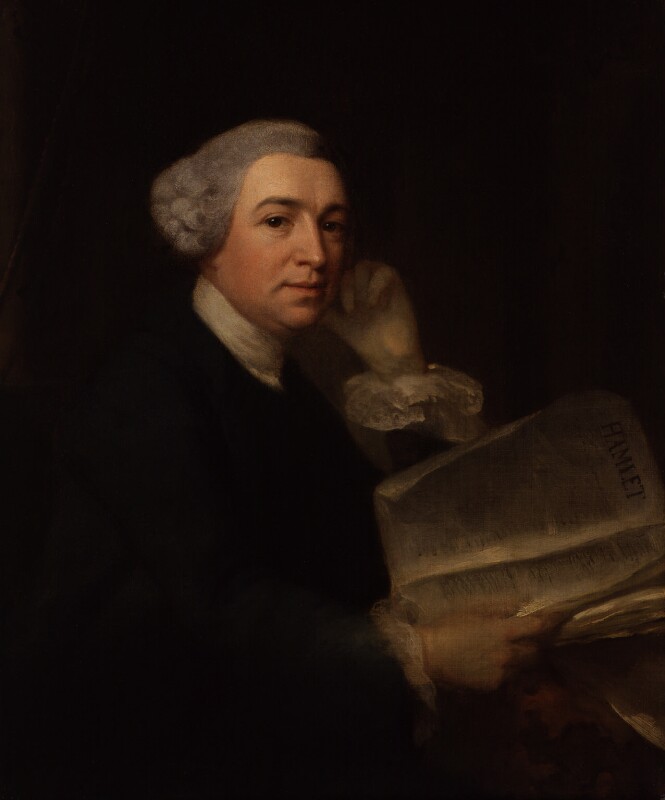 The head sufficiently resembles that in the Liotard pastel of 1751 for the traditional identification to be acceptable. Wilson, a collector of Rembrandt etchings, appears to have based the composition on that of Lieven van Coppenol. [1]
Between 1753 and 1761 Wilson painted several theatrical portraits of Garrick before being overtaken by his assistant Zoffany. ‘We all love Wilson’, Garrick later wrote, ‘but You will find him with all his knowledge, & Philosophy, as Simple as a Child.’ [2] Two half-length portraits called Garrick and attributed to Benjamin Wilson in the Garrick Club are less convincing likenesses. [3]

Brown eyes, grey powdered hair, wearing a blue coat and holding an open folio HAMLET above a skull; he sits in a dark blue chair.