15 of 1160 portraits matching these criteria: 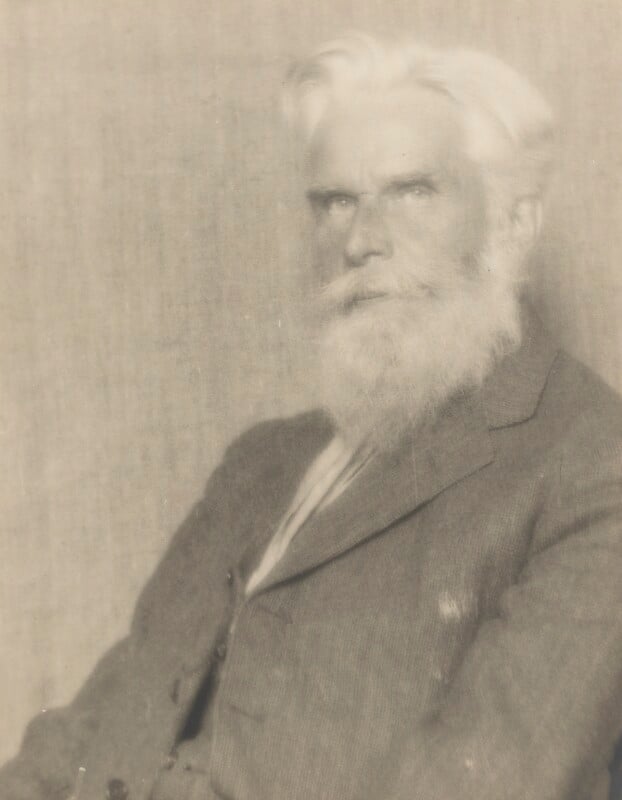 One of two images taken by Man Ray in his Paris studio, this shows Ellis turned to the left but looking to camera against a blank background; the other shows him full-face, with a steep staircase to left and a dark fabric drape behind. The uncropped negatives of both are in the Man Ray Archive, Centre Pompidou, Paris. The present work is a cropped version of Man Ray Archive, AM1994-393 (2664), which shows Ellis seated in an upright chair, with hands on his knees. Both images are dated ‘vers 1923’.

Cropped versions of both portraits, in large-format prints each signed ‘Man Ray Paris’ on the mounts, are in the Havelock Ellis papers in the British Library (see ‘All known portraits, Photographs, 1924’), where they are annotated ‘August 1923’ apparently by Ellis’s executor and companion Françoise Lafitte-Cyon. She and Ellis were in France at that date, and she had reputedly sat to Man Ray at an earlier date. [1] However, the sitting almost certainly took place in June 1924, when Ellis (aged 65) was in Paris with Arthur Symons and is known to have met Nancy Cunard, James Joyce and Sylvia Beach, [2] all of whom were acquainted with Ray. Beach later recalled Ellis’s ‘Apostle’s head, out of which had come all those volumes on sex to enlighten a whole generation’; she also observed his abstemious diet, as he ordered vegetables and water alongside Symons’s epicurean dishes and wines. [3]

The corner in which Ellis sat, beside the balusters of a steep staircase, is visible in Man Ray’s self-portrait in his studio at 31bis rue Campagne-Première. [4] In his autobiography Ray recalled Ellis among his British sitters, ‘his patriarch’s head at odds with his baggy tweeds’. [5] While Ellis’s appearance did not greatly alter in his last decade, Ray’s strongly lit image seems to anticipate Ellis’s more elderly appearance in, for comparison, the portrait executed in 1937 by Edmond Kapp (NPG 5242); in both images, hair and beard have a ghostly look, while the focus on Ellis’s eyes implies acute scrutiny of the artist and by extension the viewer.