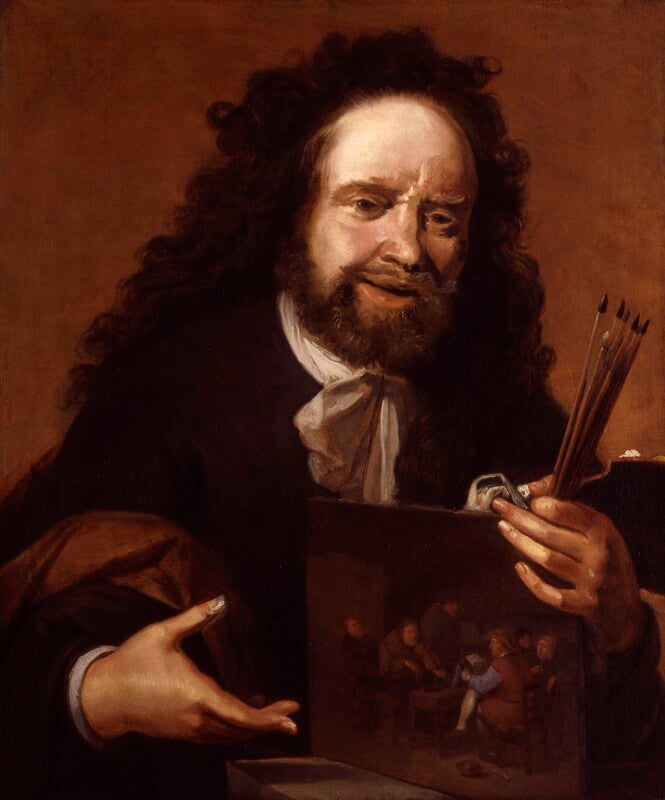 The pose indicates a self portrait and the identification of Heemskerck the elder seems reasonable. [1] The head compares well enough with the engraved self portraits, though here he wears a scruffy wig; the Tavern Scene he displays is wholly characteristic of his English work. [2]
Similar sounding pictures by Heemskerck the elder are recorded: a portrait of ‘Heemskirk smoaking, painted by him Selfe.1687’ was in the collection of Adrian Beverland (1653-1712?) in 1702, [3] perhaps the ‘picture about a foot long, and Hemskirk smoaking his pipe by himself’ which belonged to the painter Charles d’Agar in 1723. [4]

1 Capt J. M. Cobbold married 1919 Blanche, daughter of 9th Duke of Devonshire; they were given some items from Devonshire House (then being demolished) but it is not known whether NPG 6651 was among them.

View all known portraits for Egbert van Heemskerck the Elder