Bern Schwartz (1914-1978), an American businessman, took up photography in the early 1970s as a second career. In just a few years, he made memorable studies of many well-known personalities of the time including artists, politicians and royalty. Schwartz, assisted by his wife, Ronny, often captured his subjects in surroundings reflecting their life, work and personality. Henry Moore and David Hockney are seen in their studios in 1977. Dame Peggy Ashcroft is shown in front of Walter Sickert's portrait of her in Venice, while Sir John Gielgud relaxes at home in his manor house in Buckinghamshire. Rudolf Nureyev is pictured at home during a busy performing season. Former prime minister, Harold Wilson, is seen smoking his ubiquitous pipe, while Margaret Thatcher is poised for power. Labour MP, Tony Benn, is seated confidently in front of a trade union banner. Also represented are award-winning athletes such as Clare Francis, the first British woman to sail single-handedly across the Atlantic, Lester Piggott, the champion horse jockey, and the ice-skater, John Curry, seen fresh from his medal-winning at the 1976 Winter Olympics. Other notables include Prince Charles and his great-uncle, Lord Mountbatten. BBC newsreader Angela Rippon is seen leaping in the air in a chiffon dress, Schwartz's tribute to the famous 'Jump' series by his mentor, Philippe Halsman. Society beauty, Lady Diana Cooper is pictured in her bedroom with her pet Chihuahua. Fashion designer, Zandra Rhodes, is ensconced in her canopied day-bed decorated in her pink key-note fabric design. 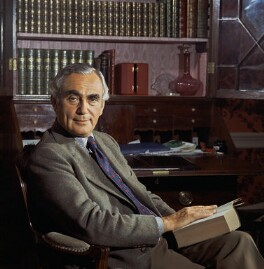 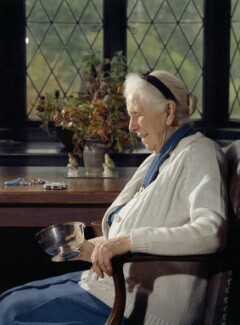 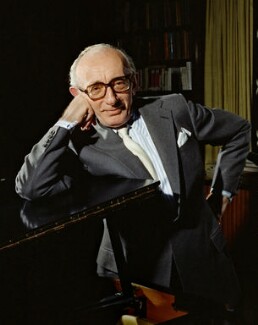 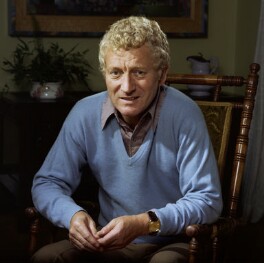 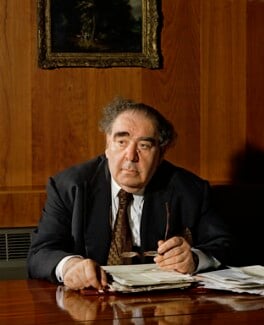 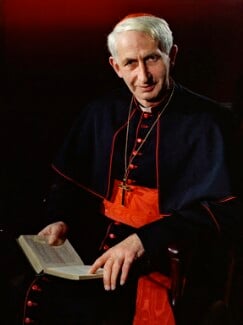 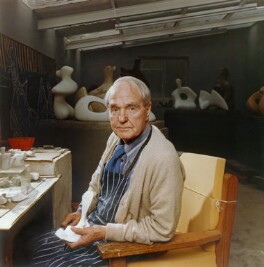 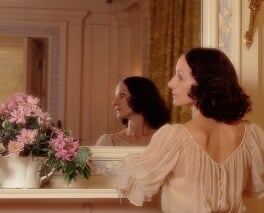