By the time Harry Furniss moved to London from Dublin in 1873, he had already embarked upon a career as an illustrator, having submitted cartoons to Zozimus, the Irish version of Punch. He made his way quickly as a caricaturist and illustrator in London and after three years he graduated to the Illustrated London News, where he worked as a ‘special artist’ producing pictures of topical interest.

Alison Opyrchal notes that Furniss recognized the importance of bohemian clubs soon after his arrival in London, ‘when he discovered that the editors, proprietors and journalists of his first newspaper were not to be found in their offices, but in their smoky club room in the Strand’. [1] He joined several of these clubs himself, including the Savage and the Garrick, and found the opportunity to produce very lively and humorous caricatures of his fellow clubmen. Perhaps the best-known set of these drawings was eventually published in a volume entitled the Garrick Gallery Caricatures (c.1913–16), which features many of the sketches from the National Portrait Gallery collection.

Having gained experience in drawing political caricatures in the 1870s, Furniss continued to supply work of this type to almost every other prominent periodical and newspaper throughout the decade. In 1880 he began to draw for Punch, producing illustrations to accompany the ‘Essence of Parliament’, a review of the week’s events by the established political journalist Henry Lucy. The artist’s association with this publication continued for fourteen years, during which time he drew some 2,600 cartoons and illustrations.[2] Every week Furniss would execute sketches of the leading politicians from the Press Gallery of the House of Commons. [3] Simultaneously, he contributed to other publications – including the magazines Black & White and Vanity Fair – and after resigning from the staff of Punch in 1894 he began a series of autobiographical books, all of which he illustrated.[4] Furniss also became a popular public lecturer, using lantern slides of his own work to illustrate his points. At his death in 1925, The Times described Furniss as above all a ‘man of extraordinary energy and vitality … He will be remembered as a most fertile delineator of the Victorian and Edwardian scene’. [5]

The portraits in NPG 3337–3535, 3554–3620 were largely created between 1880 and 1914, although a few are dated well into the first decades of the twentieth century; two sketches of Thomas Hardy (NPG 3464, NPG 3581) were executed as late as 1923. They are a mixture of straightforward illustrations, gentle caricatures and clearly exaggerated cartoons. In these last examples the artist’s sense of the fanciful and weirdly imaginative is given free rein. Yet Furniss was eager to play down the humorous element of his art, stating in Confessions of a Caricaturist (1901), ‘Caricature pure and simple is not the art I either care for or succeed in practising as well as I do my less well known more serious and more finished work’. [6]

It might be argued today that his caricatures are superior to and more compelling than his ‘serious’ illustrative work. [7] Indeed, it was in this category that the artist flourished as a draughtsman, using his selective eye and economical style to produce drawings renowned for their spontaneous vitality: ‘The real hallmark of Harry Furniss’s style is a sense of enormous energy, fluidity and movement … as time went on, Furniss’s work became bolder, sketchier, and more charged with energy, perhaps influenced by the stylisation of graphic art in the 1890s.’[8] Opyrchal argues that in his most extreme examples, the artist makes use of the type of distortion seen in a Hall of Mirrors in order to generate comic effect and indicate certain mental traits, ‘in the manner of a rather milder Vanity Fair’. [9] In this sense he was progressive, being one of the few Victorian cartoonists to employ this element of fantasy in caricature.

This collection comprises 266 of the 431 drawings of prominent men by Harry Furniss held by the NPG. [10] The items were purchased from Theodore Cluse, who was acting on behalf of the artist’s sons. In January 1947 Cluse wrote:

The position is that Maurice Furniss of Montréal, son of Harry Furniss, has asked me to dispose of the bulk of the various drawings, caricatures, book illustrations etc which were lying in his old house here in Hastings [where the artist was living at the time of his death]. Unfortunately they were in great confusion and had been rather badly neglected but out of a total of around 3000 I have been able to sort out about 1500 of various kinds which are in fair to good condition. These consist of a large number of cartoons and caricatures which appeared in “Punch” between the years 1880 and 1894 during which period Harry Furniss was on the staff of that paper, also a large number of his subsequent cartoons etc, published in other papers as well as numerous book illustrations ….[11]

Two hundred drawings were initially selected from this group, and bought in April 1947.[12] Many of them had been reproduced in periodicals and newspapers, although some are unmarked and it is not known if they were published. Soon after Cluse submitted a second batch of images and in March 1948 a further 67 sketches were purchased.[13] Subsequently, upon learning that the NPG already possessed a drawing of Lewis Carroll (Charles Lutwidge Dodgson, NPG 2609), he presented the gallery with a related sketch of the sitter by Furniss (NPG 3629) to serve as a reference piece. [14]

This marked the first occasion in the history of the NPG collection that such a large number of caricatures or humorous drawings were acquired at once. (The Vanity Fair cartoons were bought over a number of years before and after 1947.) Cluse’s approach to the Gallery presented an invaluable opportunity to purchase portraits of significant individuals at that stage under-represented in its collection. [15]


For portraits within the collection, see below 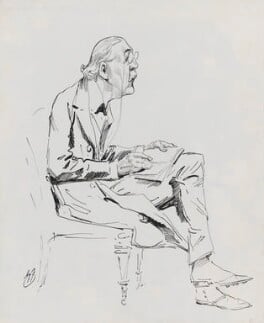 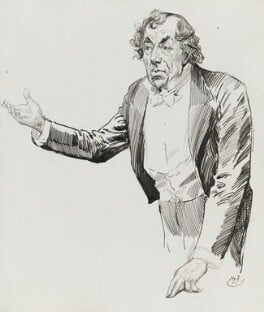 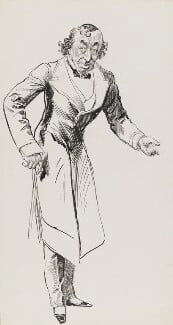 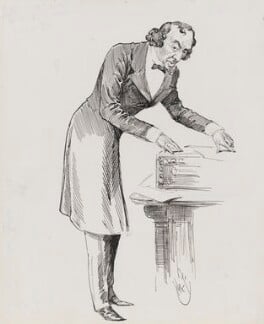 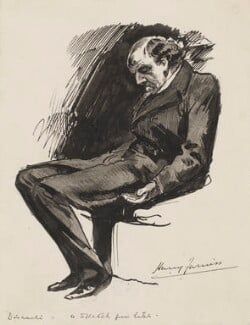 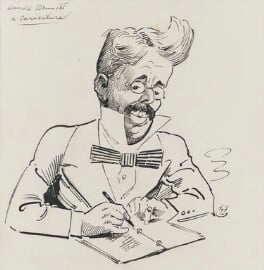