The Garrick Gallery of Caricatures: drawings by Harry Furniss, circa 1885-1923

The eleven portraits in this collection were published in the folio volume Garrick Gallery Caricatures (c.1913–16). Three other original drawings in the National Portrait Gallery’s collection were also included in the publication (NPG 3516, 3528, and 3535), which numbers 130 portrait sketches showing members of the Garrick Club in informal attitudes. The artist Harry Furniss was himself a member of the Club and alighted upon the idea to publish a collection of caricatures under this title after he submitted a sketch to be reproduced on the menu card for a club dinner. Reaction from the diners was favourable and he was inundated with requests to print his caricatures of other members: ‘…and this explains how my own private collection of grotesques came to be public property’.[1]

Founded in 1831 as a club where professional men and (male) actors could meet convivially, the Garrick Club moved to its present premises north of Covent Garden in 1864. As a preface to his publication, Furniss reproduces a jokey letter he wrote to a friend, in which he describes the nature of his volume:

I am sure, my dear –D, that remote as you are, from the aroma of Covent Garden, you must often realize that no club in existence brings together so many interesting public characters as the Garrick. You are an old fogey now and therefore inclined to look back on ‘the good old days’ of Irving and Toole…and the rest of them. Well you will find these and other celebrities of the past in this Gallery. Our present days are just as good as the old ones (I say nothing of the nights), and the present men are quite as interesting…By the way, have you ever, I wonder, “struck” an advertisement in huge letters painted on high rocks “somewhere” in the States - “Try Garrick Whisky”…This album has just as little to do with the Club either, it is simply a name for a blend of even better spirits who happen to foregather “somewhere” in Garrick Street, London.[2]

The dating of the portraits is problematic as they appear to have been accumulated over a number of years, potentially from the point at which Furniss joined the club in 1885. Originally intended for the private amusement of friends, they were not published in book form until c.1913–16, suggesting the approximate date range. Alternatively, it is possible that Furniss worked from memory when executing drawings of some of the elder sitters, having been sufficiently well-acquainted with many of them. Indeed, the caricatures share a similarly vigorous pen-and-ink manner and presentation, indicating a conscious project rather than an ad hoc collection. The artist may even have worked up the published versions from earlier sketches, resulting in a combination of posthumous portraits and those of the ‘present men’, observed from life [3].

The drawings were offered to the Gallery by the Blenheim Galleries, St John’s Wood, in January 1959. After selection, eleven caricatures of Garrick Club members were purchased for £11.11s.[4] See collection entry NPG 3337–3535, 3554–3620 for further information relating to Furniss’s career as an artist.

For portraits within the collection, see below 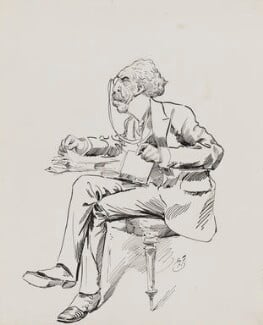 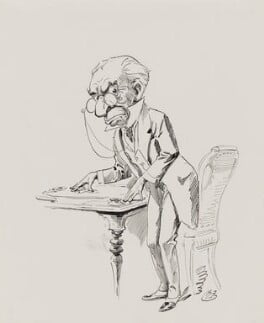 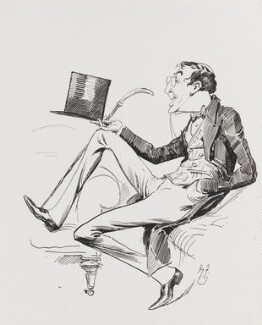 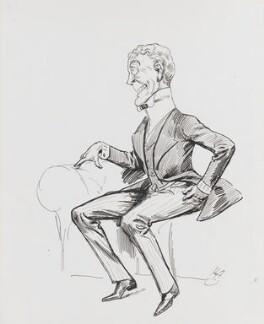 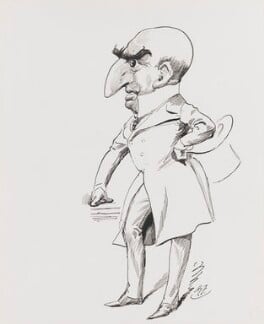 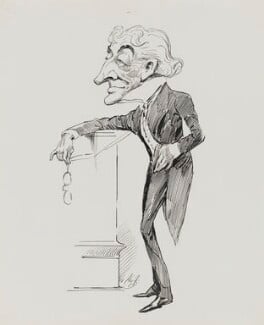 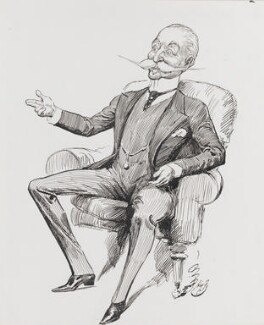