This collection consists of thirty-one portraits of Victorian artists wearing historical costume, and belongs to a larger sequence of photographs taken by David Wilkie Wynfield in the 1860s.[1] Twenty of the images in Wynfield’s series were released for sale as The Studio: A Collection of Photographic Portraits of Living Artists, taken in the style of the Old Masters, by an Amateur, from March 1864. The publication included five separately issued sets of photographs and in each section the sitter was dressed in an appropriate costume in a given ‘Old Master’ style: Part 1 is in the manner of the ‘Flemish and Dutch Schools’, Part 4 after the ‘Venetian School’ and Part 5 again after ‘The Flemish Schools’.[2] Information on the styles of Parts 2 and 3 is not available, although the costume types worn by a number of the sitters suggest that the remaining styles were most likely to have been ‘Florentine’ and ‘Elizabethan’. The Studio sold for a guinea and was available from the photographic dealer Henry Hering of Regent Street, although no surviving sets have been traced.[3] A comparable and contemporaneous photographic project can be identified in Naudin’s Portfolio, which combined portraits of distinguished members of society with text outlining their particular achievements. This was issued in six monthly parts from November 1864 to April 1865. Although the images are not bound by a unified artistic approach, examination of surviving editions allows an understanding of the potential format and design of The Studio.[4]

The sitters in Wynfield’s sequence comprised members of the St John’s Wood Clique and their acquaintances (see below), including a selection of Royal Academicians and Pre-Raphaelites. In her study of the series, Juliet Hacking suggests that the range of artists portrayed – including architects and graphic artists as well as history and landscape painters – helps to explain the title of the series as representing a place where ‘artists could meet as equals and endeavour to recapture some of the bohemian camaraderie of their art-school days’. [5]

Conclusive evidence for exactly when Wynfield began or finished his photographic project has not been established. The earliest date associated with this sequence is 8 December 1863, when he registered a group of ten portraits at the Public Records Office.[6] By January 1864 the artist had also exhibited photographs at the Graphic Society and the South London Photographic Society.[7] Furthermore, in 1864 a number of his images came into public circulation and in February George Du Maurier described the artist’s continuing scheme in a letter to Tom Armstrong: ‘There is a man called Winfield Junior [sic] who has been taking large photographs of several of the fellows in 15 and 16 century costume, and they are splendid’.[8] Whilst the only portrait bearing a date – of painter Robert Pritchett – was executed in 1864, it appears that Wynfield’s series developed over a number of years in the 1860s.[9] The latest date firmly attributed to an image in the sequence is 1868, for the portrait of Edouard Manet. The French artist visited England only once and for just a few days in that year.[10]

Similarly, doubt remains as to where exactly these images were executed. It is natural to assume that they were taken in Wynfield’s studio, although there are no known documents recording sittings or planned meetings for this purpose. Given that the series may have evolved over time, it is perhaps likely that sittings occurred in multiple locations. Indeed, in her biography of George Frederic Watts, Veronica Franklin Gould implies that the artist sat for the sequence in his Kensington home. She also suggests that Watts even ‘invited friends to sit to Wynfield at Little Holland House’, and that these individuals included Frederic Leighton and Edward Burne-Jones. [11]

Wynfield was a founder member of the St John’s Wood Clique, an informal grouping of artists living and working in the area of St John’s Wood in north London, who were unified by a shared aesthetic outlook.[12] They specialized in paintings set in medieval and Renaissance times featuring historical, domestic or romantic incident. As one reviewer for The Times observed drily, these artists painted ‘history … on a scale suited to modern houses’.[13] Throughout the 1860s, Wynfield exhibited numerous pictures at the Royal Academy, each work historical in subject, and his photographic sequence continued and developed this latent theme. Hacking draws attention to the artist’s conceptual and stylistic debt to Van Dyck’s engraved Iconographie, which consists of graphic portraits of artists, patrons, soldiers and statesmen. The sepia tonality of Wynfield’s portraits corresponds to the preparatory drawings for this earlier series. Furthermore, the costume and heightened chiaroscuro of his photographic studies ‘implicitly identified the contemporary artists who sat for him as the equal of their distinguished forebears’.[14]

Although primarily a painter, Wynfield excelled in the practice of photography.[15] Using an 8 x 6 inch glass plate camera, his method when producing large-scale head studies was not to focus his camera exactly, so that a slightly blurred outline was produced.[16] Such techniques were certainly an inspiration to Julia Margaret Cameron – whom he began to advise in 1864 – and she identified Wynfield as a dominant influence on her work: ‘to my feeling about his beautiful photography I owed all my attempts & indeed consequently all my success’.[17]

Bevis Hillier describes the artist as a pioneer of the medium:

‘By pressing a button, he achieved what he and his friends strained after for hours in their laborious canvases – perfect verisimilitude. He invented, one might say, instant Pre-Raphaelitism. “He was”, said Henry Stacy Marks, “a very good and painter-like photographer”’.[18]

Indeed, Wynfield approached photography as if it were painting rather than drawing, deploying form rather than line, privileging chiaroscuro over definition, using deep, soft shadows and carefully directed and reflected lights. Subjects were placed against contrasting backgrounds close to the lens to create a shallow pictorial space, and the plate exposed to relatively low light levels, resulting in highly ‘atmospheric’ or ‘poetic’ images that ‘combine painterly sfumato with photographic immediacy’.[19] The Illustrated London News noted that Wynfield had managed to dispel the ‘deathlike stillness’ and ‘universal distinctness’ prevalent in contemporary portrait photography. In contrast, his deliberate ‘focal distortion’ produced an image closer to that conjured by the operation of the human eye. The result was a ‘greater softness, lifelike animation, apparent power of movement… than any other photographic copies of pictures or studies from life we have ever seen’.[20]

An early reviewer in the Reader notes other features of Wynfield’s photographic images:

‘The chief characteristics of these portraits are the substitution of a medieval for the modern costume, a small quantity of background skillfully disposed to assist the figure which occupies the greater portion of the square, and the importance given to the heads by the exclusion of all that does not help to give them due prominence. The hand is frequently introduced with good effect, as by Titian and Vandyke, of whose portraits we are constantly reminded by these photographs. It is also not one of the least interesting points about them that they bring out the great importance and value of costume. The figures of these painters [i.e. the sitters], comparatively ordinary in modern garb, appear as great Venetian or Spanish nobles under Mr. Wynfield’s treatment’.[21]

It remains unclear whether the type of apparel worn in the photographs was dictated by the artist or the sitter. The same items of costume appear in a number of the images, suggesting they were borrowed for the purpose. They may have been selected from Wynfield’s own costume box, but it is also possible that garments were loaned from the collection of historical costume owned by the Artists’ Society. This resource was used extensively by members of the St John’s Wood Clique for their paintings.[22] Alternatively, it is likely that some items were introduced by the sitters themselves. Leighton, for example, donned the same costume as the male figure in his painting Golden Hours (1864); and in an alternative image, he wears the elegant white robe worn by Cimabue in his large canvas Cimabue’s Celebrated Madonna (1855). Furthermore, John Dawson Watson and Myles Birket Foster were photographed in costumes of remarkable similarity to the ones they wore at a weekend garden party at Foster’s home in Surrey. In unattributed photographs of this occasion (c.1860s), the sitters are depicted in the garden amongst family and friends, all of whom indulge in fancy dress.[23] This is just one example of the popularity of dressing up for photographs during this period. In the same vein, the members of the St John’s Wood Clique and their associates frequently staged fancy-dress parties and participated in amateur theatricals. Hacking judges that his willingness to engage in such behaviour positions Wynfield’s photographic portraits as ‘little more than extensions of these leisure activities’.[24]

Wynfield’s application of costume was also debated by twentieth-century writers. In 1926, Mary Smith argued that physiognomic likeness determined the type of clothes worn by the sitter and that the artist would arrange ‘some sort of head-dress or costume which he fancied suited the type of face’.[25] Hacking notes that more recent studies give the personality rather than the features as the rationale behind this process:

‘In fact, Wynfield’s use of costume sometimes relates to the physiognomy of the sitter and sometimes to their character.’ The employment of particular garments refers to ‘a wider project on the behalf of artists and writers to mediate the image of the contemporary artist through the appreciation of the hand, and thus soul, of the Old Master’.[26]

Nineteen of the Wynfield photographs at the NPG were purchased from the family of Sir Edmund Gosse in 1929 (NPG P70–88).[27] The remaining twelve (NPG P89–100) were the gift in 1937 of the theatrical historian Henry Saxe Wyndham, who owned a large collection of photographs, also including images of Italian art and portraits of children by Cameron.[28]

Images from Wynfield’s Collection of Photographic Portraits of Living Artists are also in the collections of the Royal Academy of Arts, London, the Victoria and Albert Museum, London, and the Royal Photographic Society, Bath. Added together, with duplicates excluded, there are seventy-six known bust portraits of fifty-four identified sitters (all but five of whom wear historical costume). Five sitters in the series remain unidentified. A number of other collections of Wynfield bust photographs exist, both private and public, but the sitters featured do not extend the series.[29]


The photographs, listed alphabetically, are as follows:

Sitters in Wynfield’s series, outside the collection:

Sitters in Wynfield’s series, outside the NPG: 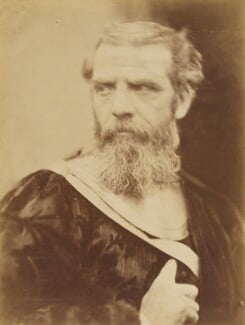 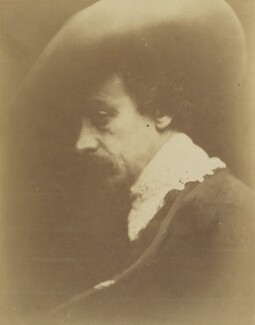 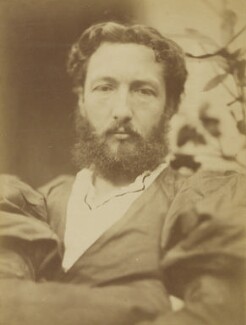 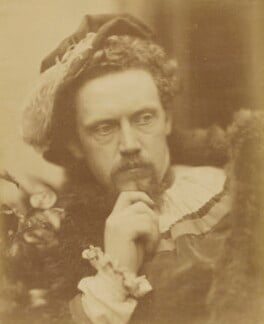 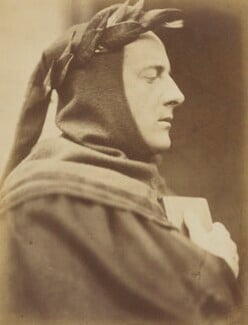 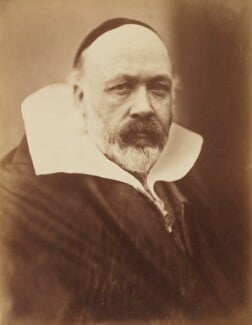 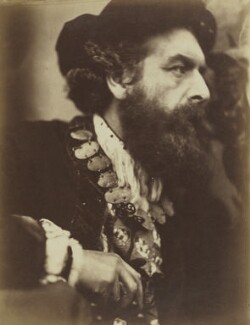 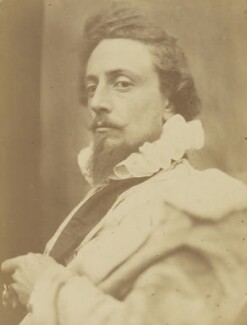 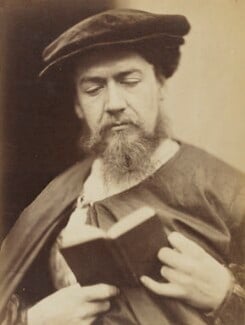 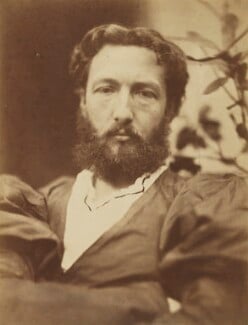 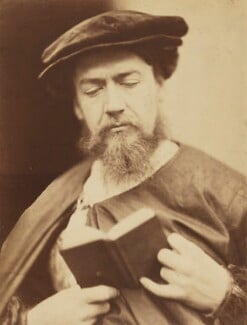 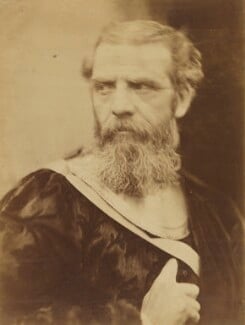 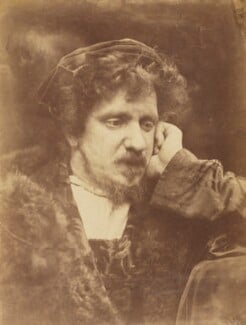 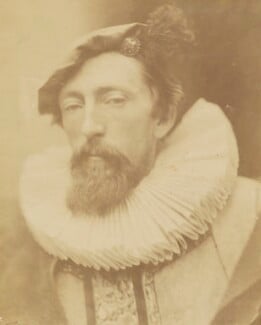 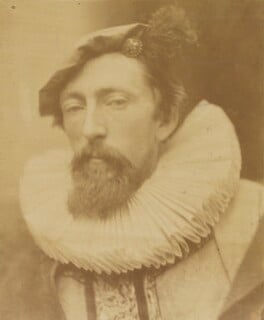