Contains 354 photographs, dating to the 1850s and 1860s, mostly carte-de-visite size with some that are larger format. The photographers are unidentified but some are clearly by leading photographic portraitists of the day, such as Camille Silvy, Disdéri, Ghémar Frères, John Jabez Edwin Mayall and Leonida Caldesi. Annotated inside front cover: ‘Fannie D. Brown/25th December 1862’. The album was given to Colonel Edward Douglas Browne-Synge-Hutchinson (1861-1940) by his mother, Frances Dorothy Browne (née Synge-Hutchinson) (1828-1900), and he made the notes under the photographs in December 1917 for genealogical purposes. The sitter identifications are incomplete and uncertain in some instances. Pages 1 to 11 consist of portraits of members of the British royal family, and from other royal and imperial families of Europe. Colonel Browne-Synge-Hutchinson indicates: ‘The photos on pages 15 to 35 are all of my mother’s family’, ‘The Photographs on pages 39 to 59 are, I believe, all of my father’s relatives & connections except Nos. 2 & 3 on p. 41’, ‘The pictures on pages 61 to 67 were in a scrap-book brought home by my mother, from India, in 1861 or 2’, ‘The photos on pages 66 to the end of the book are all of friends of my father and mother’ and ‘The photos on pages 88 to 95 were in a scrapbook brought home by my mother, from India, in 1861 or 2’. His father was Major David Phillip Browne (1821-1867) of the 7th Queen's Own Hussars. Includes several photographs taken in India with army officers of the 7th Queen's Own Hussars. Pages 141 and 143: ‘Japanese ambassador and their suite, who went out to India in the same ship with my father. One of them gave him an “opium pipe” and a “Japanese picture”, which I [?] have, 1926. My father must have sailed for India shortly after 17 June 1864, as his passage from “Mansailles” to “Calcutta”, appears in his Bank “Pass-Book” on that date.’ Given by Bettina Harden, 2015, together with a portrait of Edward Douglas Browne-Synge-Hutchinson (NPG x199163). 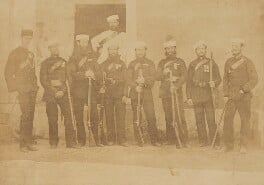 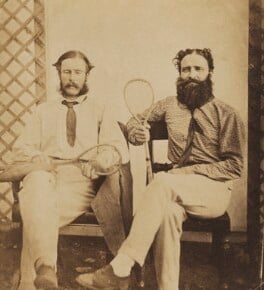 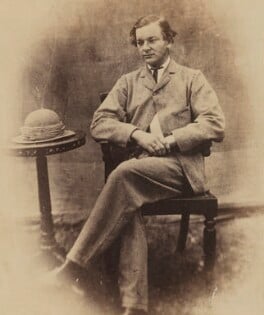 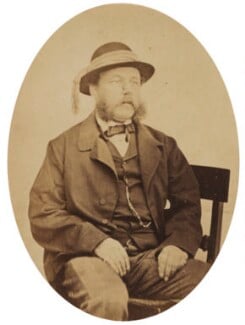 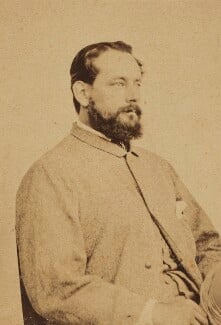 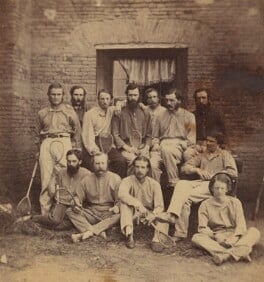 Officers of the 7th Hussars 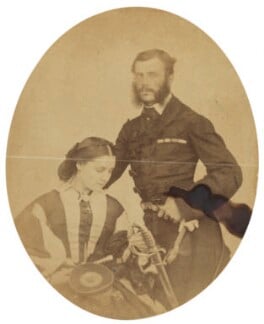 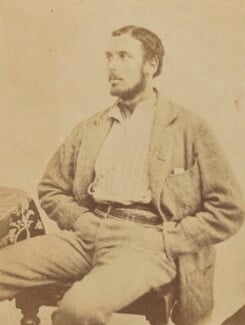 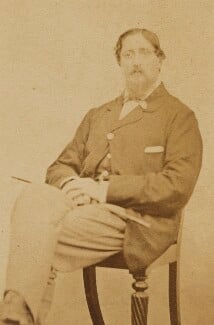 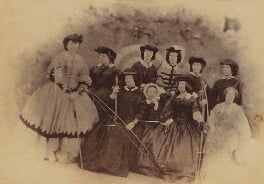 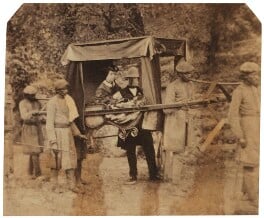 'A "Tampon", used in the hills' (six unknown sitters) 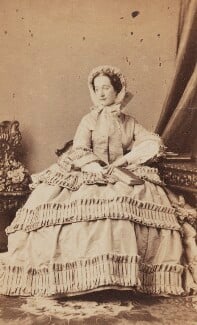 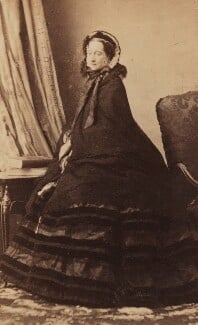 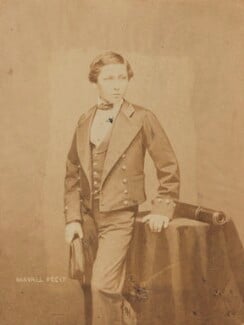 Prince Alfred, Duke of Edinburgh and Saxe-Coburg and Gotha 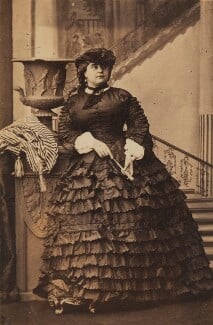 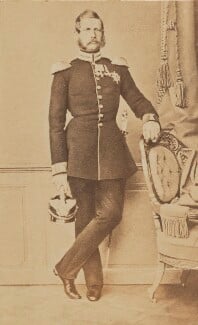 Frederick III, Emperor of Germany and King of Prussia 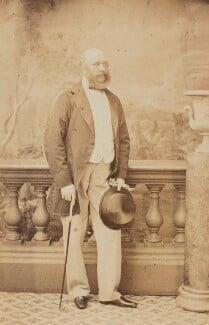 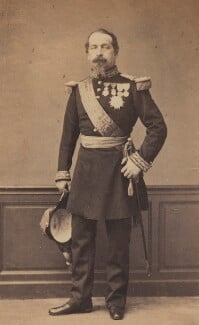