Tell us More about our silhouettes 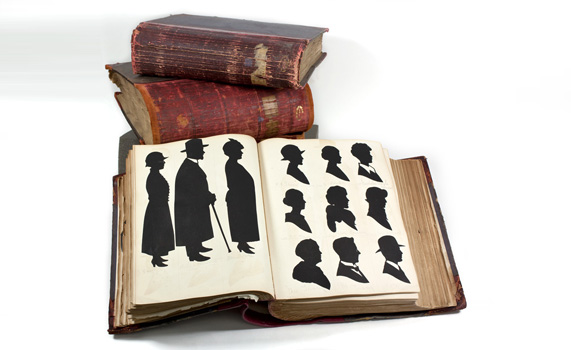 Hubert Leslie ran a Silhouette Studio on the West Pier, Brighton, from 1922 until 1939; he cut well over 20,000 portraits during that time. The National Portrait Gallery has 10 of his record books, covering the years from 1922 to 1950, with Leslie's duplicate of each silhouette, and the autograph of the sitter. These included British holiday-makers and visitors from around the world, from New Zealand and North America, from China and Japan. 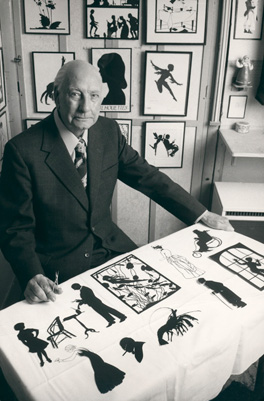 Hubert Leslie was born in Rawlpindi, British India, son of Captain (later Colonel) John Henry Leslie of the Royal Engineers. He went to Rugby School, and studied at the Sheffield School of Art and the Slade. During army service in WW1 he worked as an entertainer and published cartoons; he went on to develop careers in both fields. During the tourist season he worked in the Silhouette Studio, and in the winter he put on entertainments in schools. His act combined sketching, elocution, juggling, mental telepathy, songs and mental feats. A highlight was his rendition of "S-s-sylvia's S-s-silhouette", a 1,300 word story, of which every single word begins with the letter "S", while he was cutting a silhouette of ‘Sylvia’.’

Over the door of Hubert Leslie's Silhouette Studio was his slogan 'It only takes 5 minutes'. Help us transcribe the signatures; each one should only take you 5 minutes. With your help, we can put a name to a profile, and give that person their place in history.

You can start straight away by selecting from the links below to view thumbnails of the silhouettes from volume 2 and 6 which are mainly Tourists on the West Pier, Brighton, or volume 3, Visitors to Eltham Bazaar, Brighton or Sheffield. From there click on the first or any that interest you, then follow the Larger Image link under the image to see the image in detail. There is a Tell us More section to complete.

In addition to the Record Books, the NPG has a number of other silhouettes by Hubert John Leslie. They can be accessed here

Other sources of information about Hubert Leslie

K 58019 'The Landguard fancy dress ball' is a collection of caricatures of the officers posted at Landguard Fort, Felixstowe, on a fancy dress theme, privately published by subscription in 1916. The IWM copy has typed comments from Hubert Leslie, filling in some background on the sitters.

E. 62143 3 volumes of typescript extracts from letters to his family, sent to England in 1916/1917. This forms Hubert Leslie's war diary, and is accompanied by a facsimile of the drawings, cartoons, press cuttings and artwork which he sent back from the trenches.