Tell us More about our Silvy sitters

Can you spare a few minutes to help us identify the sitters who visited Camille Silvy’s photographic studio during the 1860s? One of them could be your ancestor ... 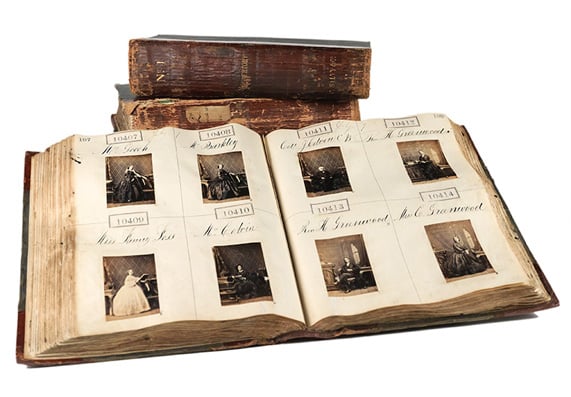 French-born Camille Silvy (1834-1910) established his photographic portrait studio at 38 Porchester Terrace in London's Bayswater in 1859, operating at the height of the carte-de-visite craze (popularly nicknamed ‘cartomania’) in the early 1860s, and remained there until 1869. During that time, he welcomed thousands of sitters and gained a reputation for his skilfully composed and finely produced photographs. His sitters ranged from royalty (he famously photographed all the major members of the British royal family, apart from Queen Victoria for whom he had a dressing room specially prepared in anticipation of her visit), peers and the landed gentry to members of London's thriving migrant merchant community. As a collection, the portraits provide a unique and rare glimpse of London society and its visitors at that time, as well as insights into the workings of a busy photographic studio of the period.

The portraits are recorded in twelve albums, known as 'daybooks', which represent almost the entire output of Silvy's studio. Compiled by the studio’s employees, each album is arranged almost entirely chronologically and in sitter number order, and they were probably used to assist in the reordering of prints by clients. Each page is divided into a grid of four sections with each section featuring one carte-de-visite sized albumen print from the sittings, pasted beneath the sitter number and a handwritten identification of the photograph’s subject. 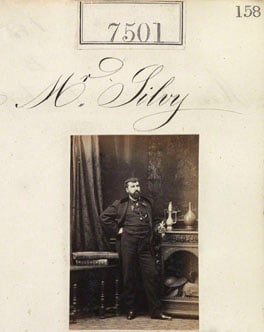 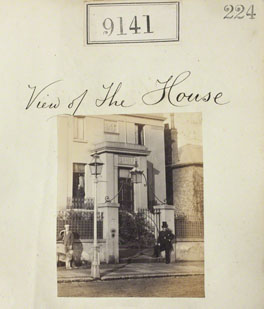 You may encounter individual portraits by Silvy while searching for particular sitters during the course of your own research. You may even have your own copies of some of Silvy’s cartes-de-visite where the sitters are more fully identified than they are in the albums. The handwritten annotations will provide the starting point for identifying further biographical information about who the sitters are. As the daybooks run chronologically, they also reveal where members of the same families visited the studio together and were photographed consecutively, which further helps in securing their identities.

Alternatively, you can select the links below to view thumbnails of the photographs, organised by album. At present, volumes 1 to 10 inclusive have been fully uploaded to our website. The remaining albums have been fully digitised and are gradually being added to our website. From there, click on those that interest you, then follow the Larger Image link under the image to see the image in detail. There is a Tell us More section to complete at the bottom of the webpage.

Other sources of information about Camille Silvy

The Victoria & Albert Museum holds a number of Silvy’s photographs of actors and actresses, produced shortly after opening his studio, and which are not contained in Volume 1 of the daybooks.

In 2010, the National Portrait Gallery hosted an exhibition of Silvy’s work, Camille Silvy: Photographer of Modern Life, for which an exhibition catalogue was published.