In Conversation the Duchess of Cambridge Speaks With Entrants

IN CONVERSATION
THE DUCHESS OF CAMBRIDGE SPEAKS WITH ENTRANTS

To celebrate the publication of Hold Still: A Portrait of Our Nation in 2020 we are delighted to share with you a series of telephone calls that The Duchess of Cambridge held with participants from the project.

The calls, which will be released gradually this spring, took place last autumn, and saw The Duchess speak to a number of the 100 finalists, who shared their experiences of life during the first COVID-19 lockdown in the UK by submitting an image to Hold Still.

In this first film, The Duchess can be heard speaking to four-year-old Mila Sneddon and her mother, Lynda, from Falkirk, who submitted the image ‘Shielding Mila’.  They had to isolate from Mila’s father, Scott, and big sister, Jodi, to protect Mila who was receiving chemotherapy for acute lymphoblastic leukaemia. Further films will be released over the following weeks.

Introducing 'Cancelled', the second of a series of telephone calls that The Duchess held with participants from the Hold Still project. Taken by Niaz Maleknia from London, it features her daughter Romy and reminds us of the silent young heroes that make up the class of 2020.

Introducing 'Forever Holding Hands', the third of a series of telephone calls that The Duchess of Cambridge held with participants from the Hold Still project. Taken by Hayley Evans from West Sussex, this emotive portrait captures the photographer’s grandparents Pat and Ron Wood. The couple, who had been married for 71 years, were admitted a week apart to the covid ward at Worthing Hospital. Shortly after this photograph was taken Pat passed away in her sleep, followed by Ron only 5 days later. Together, forever holding hands.

Introducing 'Stockport Spider Men Bringing Smiles to Children in Lockdown', the fourth in a series of telephone calls that The Duchess of Cambridge held with participants from the Hold Still Project. Started by friends Jason Baird and Andrew Baldock, the Stockport Spider Men took to the streets at the start of lockdown dressed as Spider Man to use their hour of daily exercise to keep children smiling. On top of visiting the community, Jason also set up a JustGiving page and in the four months of lockdown one raised over £60,000 for the real superheroes, our wonderful NHS.

Introducing 'Gimba - The Ward Host', the fifth in a series of telephone calls that The Duchess of Cambridge held with participants from the Hold Still Project. During the peak of the pandemic, Hassan Akkad signed up to work as a cleaner in a Covid-19 ward at his local hospital, Whipps Cross. Within days, Gimba, the ward host, and Hassan had formed a close bond. Gimba, who migrated from Nigeria to Britain, had been working at the hospital for over a decade. On the day the photograph was taken, Gimba had received terrible news from Nigeria, her mother had fallen ill and been rushed to hospital. Gimba was heartbroken that she couldn't be there, however she declined to take any time off, saying: 'I have to feed my patients’. Hassan took this photo while Gimba was having her favourite lunch of chicken and rice in the staff room, after having prepared meals for all eighteen COVID-19 patients in their ward.

Introducing 'Sami', the sixth video in a series of telephone calls that The Duchess of Cambridge held with participants from the Hold Still Project.

'I love the way his apron flutters in the wind, cape-like, as if revealing for a moment the superhero within.' - Grey Hutton

Grey Hutton met Sami on his first day of volunteering at the Children With Voices Community Food Hub in Hackney, London. Originally from Sudan and raised in Brazil, Sami came to the UK for his PhD, and had just moved into an apartment overlooking the food hub. He saw what was happening below and came down to lend a hand.

This portrait is part of a larger project documenting volunteer support networks in Hackney during the pandemic. It's everyday acts of kindness and solidarity like Sami's that have brought communities together through this crisis.

Introducing 'Be Safe Daddy x', the seventh and final video in a series of telephone calls that The Duchess of Cambridge held with participants from the Hold Still Project.

This picture was originally a piece of work set for our daughter during lockdown. Poppy struggled with her dad having to go to work, as a paramedic throughout the Covid-19 pandemic and she worried about him each time he left to go to work.” Poppy loves a cuddle, and this happened to be a special moment between her and her father just before he left to go on a night shift. 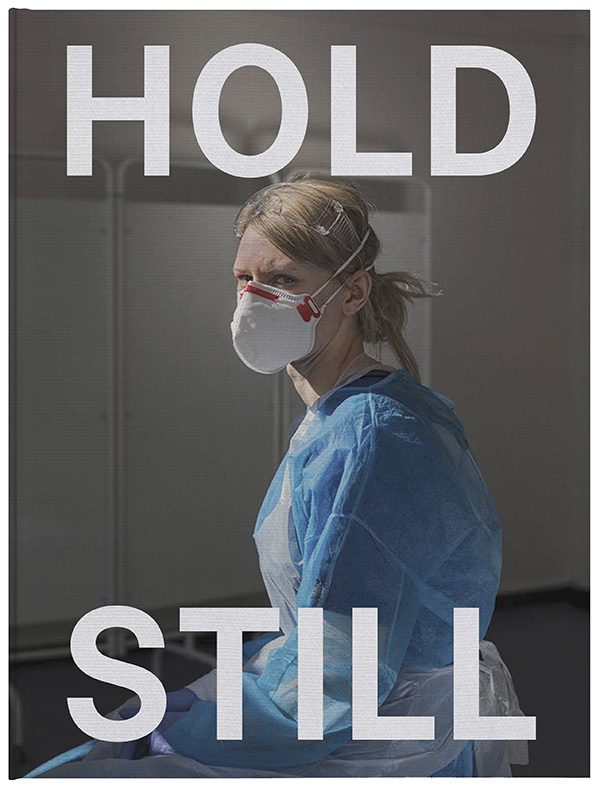 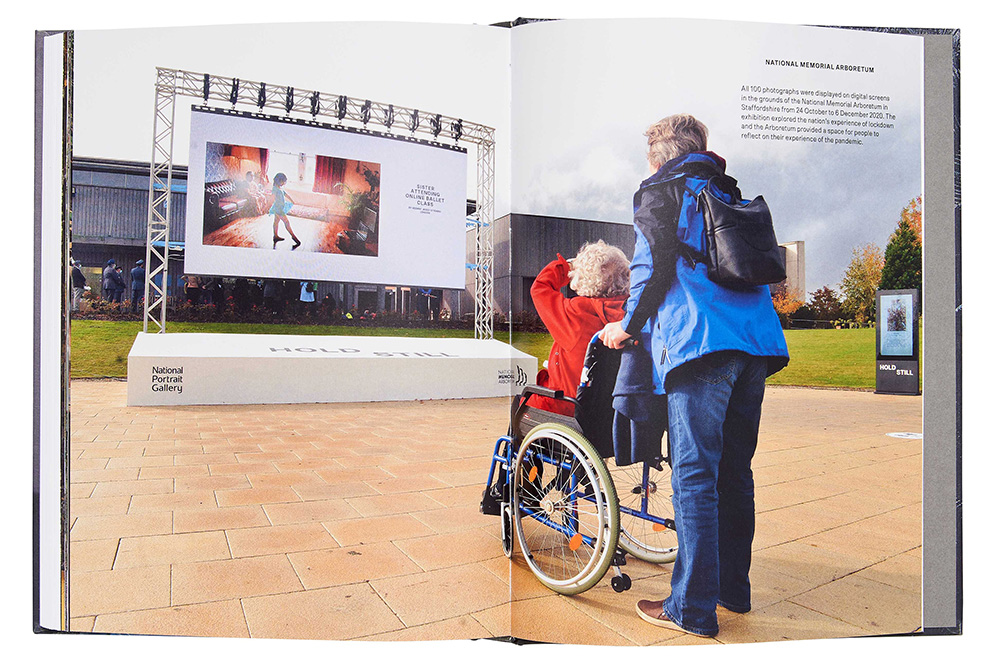 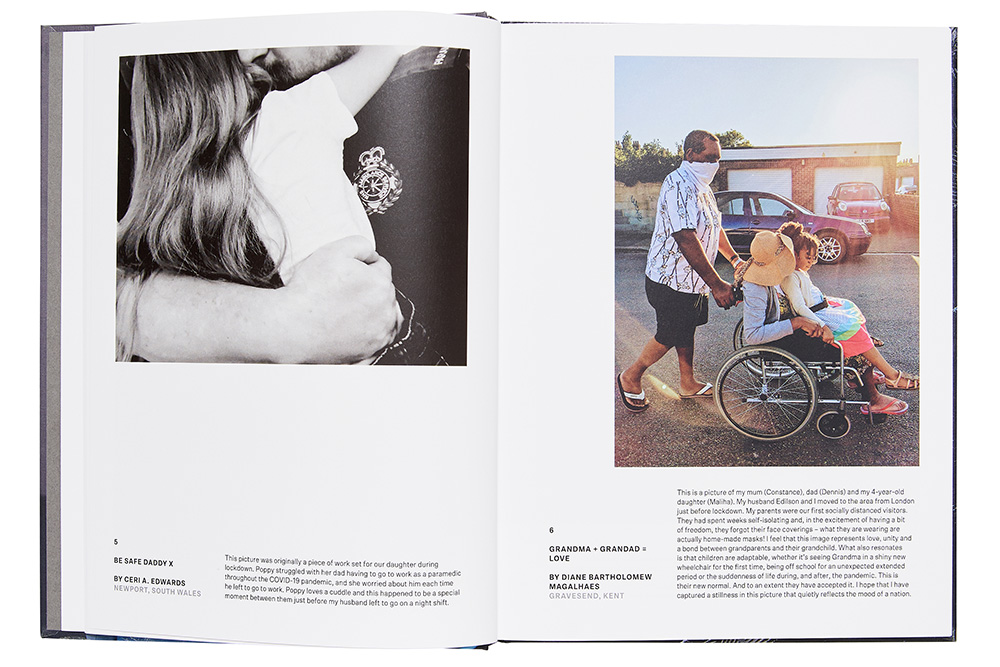 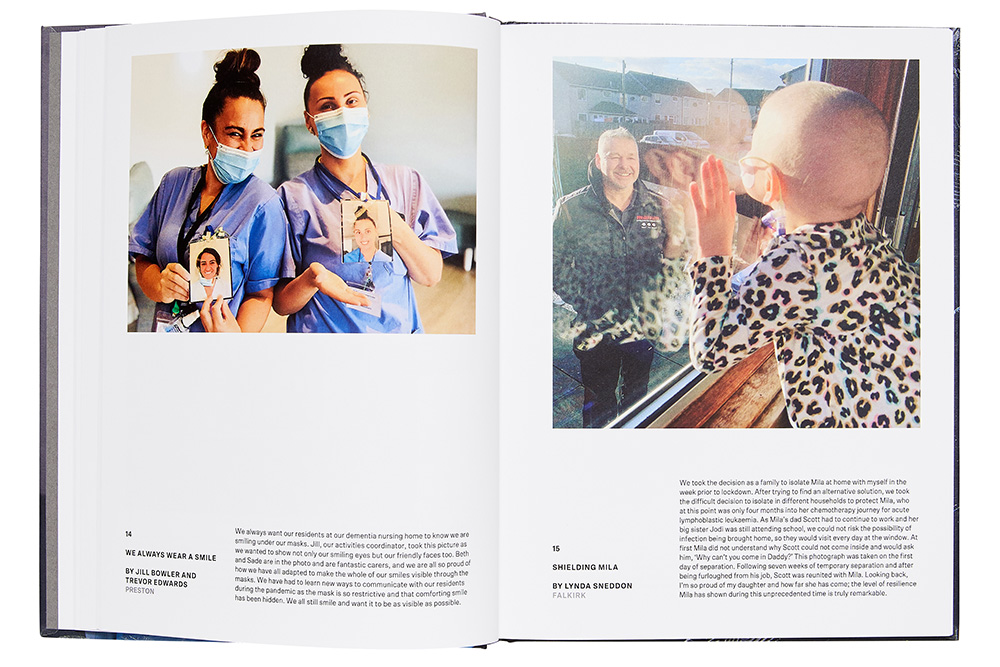 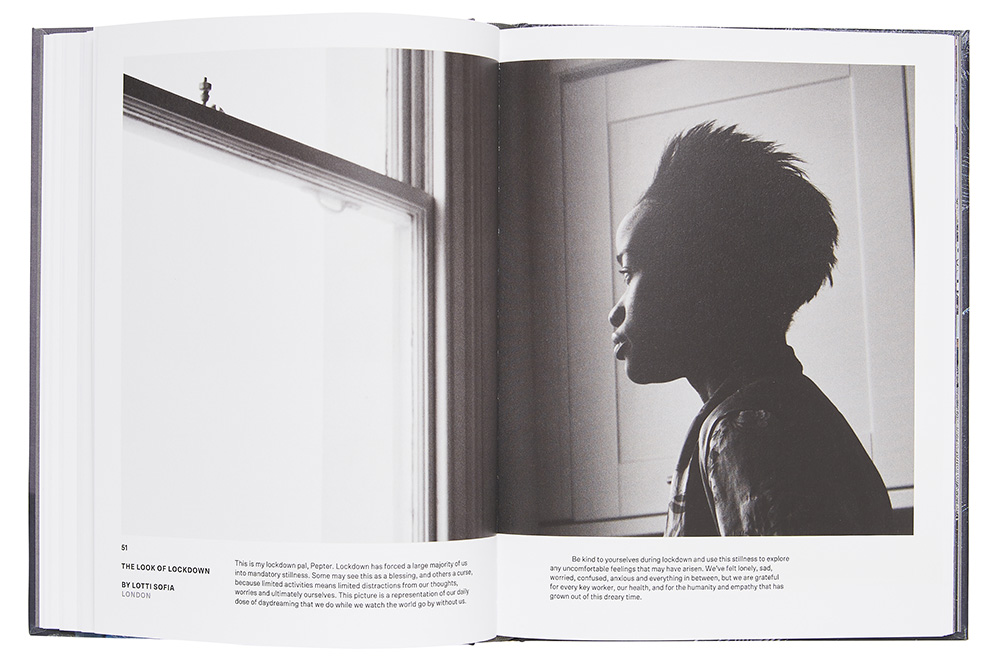 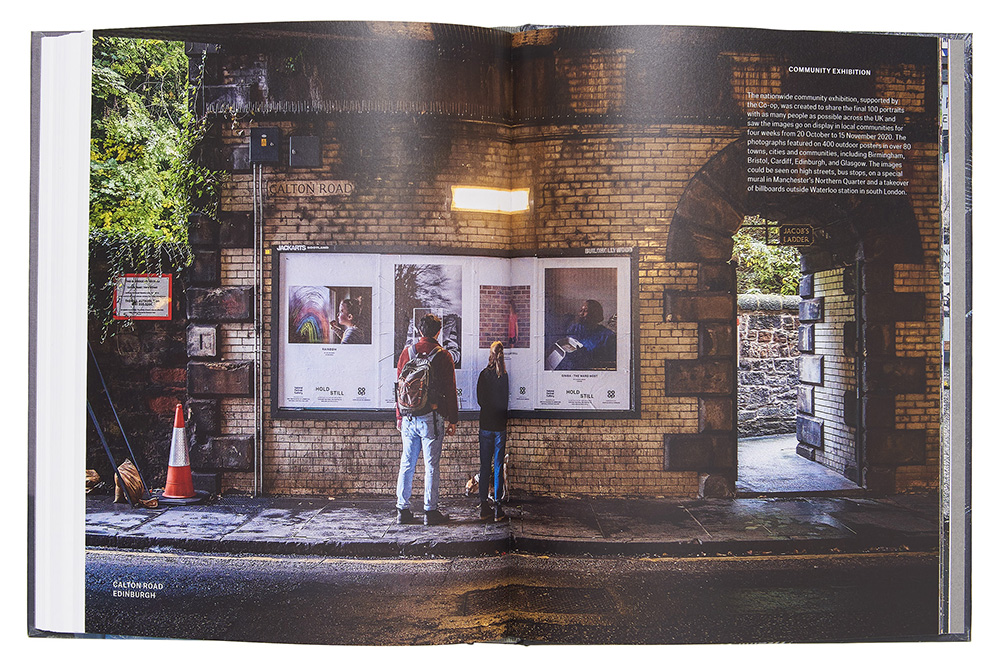 HOLD STILL Book
A Unique Record of the Project

Featuring an introduction from The Duchess of Cambridge, this new publication, supported by Co-op, includes the one hundred portraits selected for the Hold Still exhibition, creating a unique record of our shared and individual experiences during this extraordinary period of history. Each of the photographs is accompanied by the story behind the picture told through the words of the entrants, offering a highly personal perspective on this unprecedented time. The publication also includes photographs of the nationwide exhibition and a text by judge Lemn Sissay.

The net proceeds from the sale of the book will be equally split to support the work of the National Portrait Gallery and Mind, the mental health charity (registered 219830).