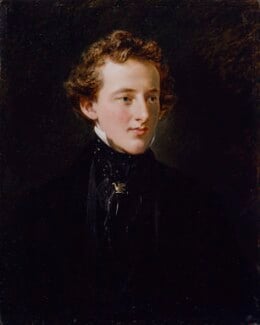 Work on the Later Victorian Portraits catalogue has uncovered much new information on portraits in the Collection. Of equal - or even greater - importance have been the surveys obtained by the compilation of sitter iconographies, that is, lists of the known portraits for each sitter. ‘Positioning’ the Gallery’s later Victorian portraits within these lists can produce surprising results, often adding further, perhaps unsuspected value to the works. For instance, in the case of Edward Lear the drawing by W.N. Marstrand (NPG 3055) is valuable as a unique early image of Lear in his twenties, and has been little reproduced. Again, the drawing of George Salting (NPG 1790) is valuable as the only known portrait of this important, reclusive art collector. The daguerreotype (NPG P859) of Sir George Scharf is the earliest known photograph of the National Portrait Gallery's first director, as well as representing a fine  example of this delicate and fugitive process

Formal connexions also spring from the iconographical lists and assembled images. Thus in two of the Gallery’s portraits of the young Sir John Everett Millais he is shown wearing an intriguing tie-pin in the shape of a bird. Contemporary accounts reveal that he designed it for production by the silversmiths Hunt & Roskell. The goose tie-pin appears in the painted portrait of Millais by Charles Robert Leslie, 1852 (NPG 1859), the only extant oil portrait of the artist of the 1850s -  and as such valuable record of him during his Pre-Raphaelite phase. It reappears in the head-and-shoulders drawing of him by William Holman Hunt, April 1853 (NPG 2914), destined as a gift for Thomas Woolner in Australia. The pin acquired further personal, talismanic significance as Millais was wearing it on the day he was elected Associate of the Royal Academy, 7 November 1853, as recorded by his brother William: 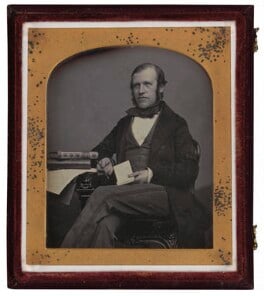 ‘On the day when the result of the election of Associates at the Royal Academy of Arts was to be made known, my brother, self, Wilkie and Charlie Collins all started off to spend a whole day in the country to alleviate our excitement. Hendon was the chosen locality. My brother wore a large gold goose scarf-pin. He had designed a goose for himself and a wild duck for me, which were made by Messrs. Hunt and Roskell – exquisite works of Art. We had spent a very jolly day, the principal topic of conversation being the coming election, Wilkie Collins being confident that Jack’s usual luck would attend him and that he would certainly be returned an Associate of the Royal Academy.

‘We had been walking along a narrow, sandy lane, and, meeting a large three-horse waggon, had stepped aside to let it pass, when we resumed our way, and shortly afterwards Jack’s pin was gone! ‘Now Wilkie,’ said my brother, ‘how about my luck? This is an ominous sign that I shall not get in.’ ‘Wait a bit, let’s go back’ said Wilkie. We were all quite sure that he had it on on leaving Hendon. Now, the fact of a huge waggon having gone over the ground we had travelled by gave us very little hope of seeing the golden goose again. A stipulated distance was agreed upon, and back we all trudged, scanning the ground minutely. I undertook the pacing. The waggon had ploughed deep furrows in the sand, and just as we had reached the end of our tether, Jack screamed out, ‘There it is, by Jove!’ And, in truth, the great gold goose was standing perched on a ridge of sand, glistening like the Koh-i-noor itself. We went straight to the Royal Academy, and Charles Landseer, coming out, greeted my brother with, ‘Well Millais, you are in this time in earnest.’ (J.G., Millais, The Life and Letters of Sir John Everett Millais, London, 1899, vol 1, pp.216-7).