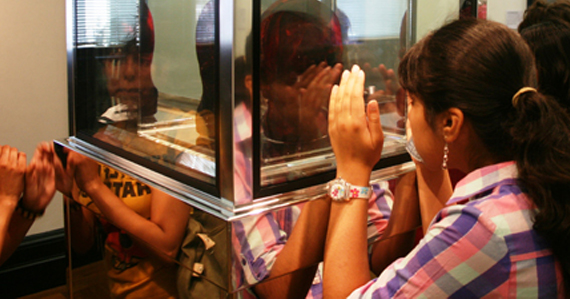 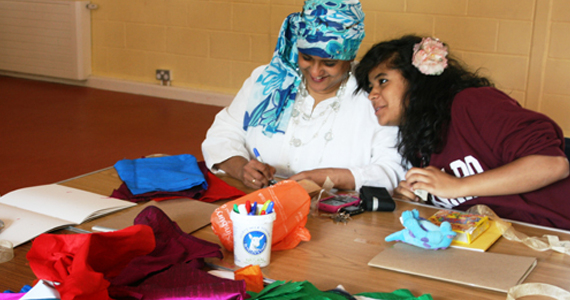 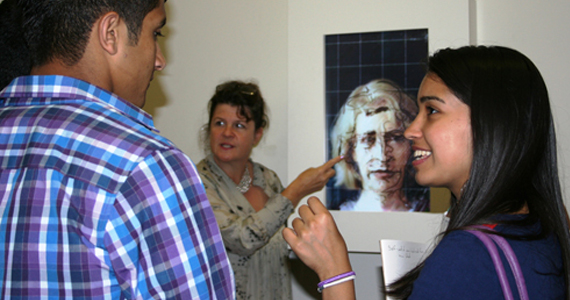 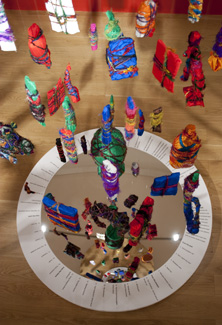 Chasing Mirrors: Portraits of the Unseen

Portrait photographer Faisal Abdu’Allah led the first year of the project (2009-2010) working with young people from An-Nisa, Paiwand and Tallo. Through a series of collaborative and creative art workshops and exploration of the Gallery’s Collection and Archives they explored identity and alternative forms of representation. Experimenting with photography and exploring personal objects they created reflections of their own identity.

Avoiding conventional portraiture, the final work exhibited at the Gallery (9 October 2009 – 10 January 2010) expressed differences and similarities between the group and the viewer in multi-dimensional portraits. Large-scale portraits on display combined features of the three groups to create a new collective identity - forming a fictitious sitter.

Alinah Azadeh is a British-Iranian artist with a background in painting, new media and video. Since her MA in Media Arts Practice at Westminster University (2001), she has created installations that combine textile media with texts and networked technology.  Collaboration and mass participation are central to her work, either with other practitioners or the audience itself.