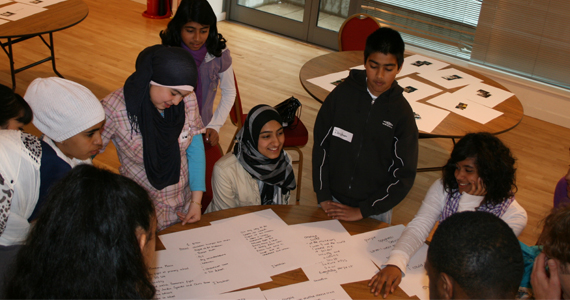 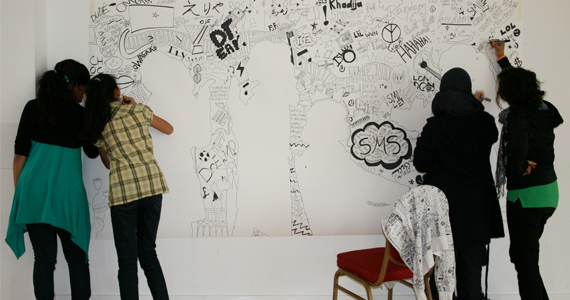 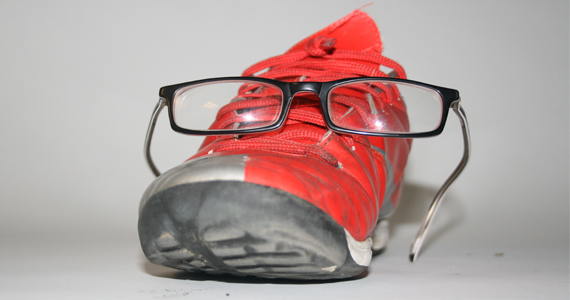 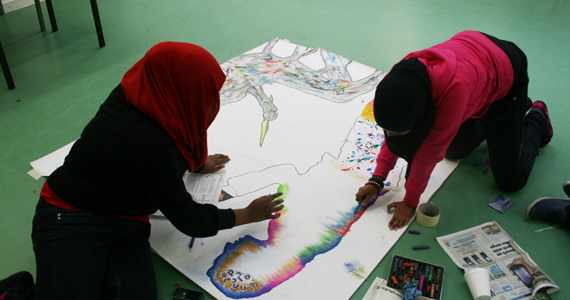 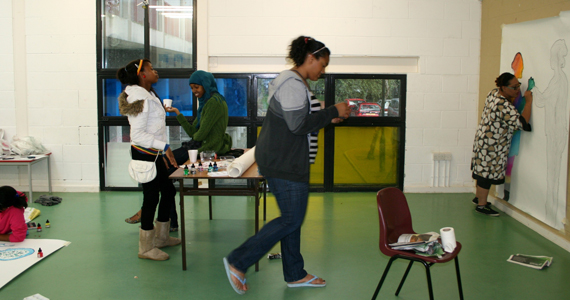 Portrait photographer Faisal Abdu’Allah led the first year of the project (2009-2010) working with young people from An-Nisa, Paiwand and Tallo. Through a series of collaborative and creative art workshops and exploration of the Gallery’s Collection and Archives they explored identity and alternative forms of representation. Experimenting with photography and exploring personal objects they created reflections of their own identity.

Avoiding conventional portraiture, the final work exhibited at the Gallery (9 October 2009 – 10 January 2010) expressed differences and similarities between the group and the viewer in multi-dimensional portraits. Large-scale portraits on display combined features of the three groups to create a new collective identity - forming a fictitious sitter.

Chasing Mirrors was the first exhibition of the project which ran at the National Portrait Gallery from 9th October 2009 – 10th January 2010. It showed new work which explored alternative forms of self-representation and portraiture by contemporary artist Faisal Abdu’Allah and the Chasing Mirrors Collective, a group of young people from our community partners An- Nisa, Paiwand and Tallo.

In response to the National Portrait Gallery’s Collection, the artists created reflections of their own identity. Avoiding conventional portraiture, the finished works expressed differences and similarities between members of the Collective and the viewer in multi-dimensional portraits. Images on display combined features of the members of the three groups who make up the Collective. Each group converged into their own portrait to create a new collective identity - forming a fictitious sitter.

The lead artist for year one was Faisal Abdu’Allah. A graduate of the Royal College of Art, his work crosses the borders of photography, the printed image and lens-based installation which, in turn, compliment his participatory practice. Interested in brokering disparate worlds, his work includes The Garden of Eden (2003), and more recently Gold Finger (2007). Faisal Abdu’Allah has participated in Sharjah, Torino and Tallinn Biennales and has been the recipient of the Decibel Artist Award 2005 and recently the first prize at the Tallinn Print Triennial 2007. He is currently in collaboration with Christian Boltanski on 14 years in between. He is Senior Lecturer in Fine Art at the University of East London, and lives and maintains a studio in London.

Faisal Abdu’Allah was interviewed by Bárbaro Martínez‐Ruiz, Professor of African art, aesthetic and culture at Stanford University, California, about the Chasing Mirrors Project.
Read the interview