Abolition - The Rise of the Anti-Slavery Movement 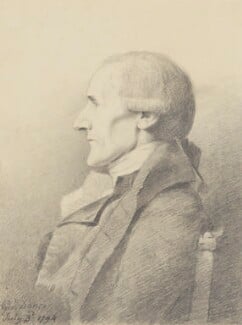 By the 1770s, the question of black freedom was a major social and political issue. The abolition movement began by criticising slavery in Britain itself. In a landmark case of 1772 - championed by the first of the great abolitionists Granville Sharp - the Chief Justice, Lord Mansfield ruled that black people could not be held as slaves in Britain or transported to or from the country against their will. The campaigners then turned their attentions to Britain's involvement in the international slave trade.

In 1787 a small, mainly Quaker group, led by Thomas Clarkson formed a committee in London to demand an end to the Atlantic slave trade. Their cause seemed hopeless given the trade's contribution to Britain's economic strength but popular sentiment was on their side. The 'Zong scandal' of 1781 was an important turning point. Luke Collingwood, captain of the slaveship Zong, was accused of throwing sick slaves overboard and attempting to claim insurance money for them. Though attempts to convict the crew for murder were unsuccessful, the public outcry was huge.