Is it not enough that we are torn from our country and friends, to toil for your luxury and lust of gain? Must every tender feeling be likewise sacrificed to your avarice? ... Why are parents to lose their children, brothers their sisters, husbands their wives?
- Olaudah Equiano (also known as Gustavus Vassa), (c.1745-1797), anti-slavery campaigner author of The Interesting Narrative and slavery abolitionist

2007 marks the 200th anniversary of the passing of the Act of Parliament that legally ended British involvement in the transatlantic trade in African people to serve as slave labour in the Americas, the West Indies and Europe. This Act did not end slavery in the British Empire, nor did it end the involvement of British companies in the slave trade. 1807 did, however, mark the moment when men and women - privileged and poor, enslaved and free - celebrated their initial success against a barbaric trade.

To commemorate this anniversary the National Portrait Gallery has created a new gallery trail that highlights some of the individuals in the Collection who have been associated with the history of the slave trade. It mainly includes those who profited from the trade in enslaved peoples, reflecting the reliance on slave labour to create wealth, position and influence in British society. It also brings together those who suffered and survived the cruelties and indignities of transportation and those who fought slavery, with those who were present in Britain due to its lasting legacies. There are many others who are a part of this story but remain unknown, although not forgotten, such as the young girl who appears in this portrait, and the many ordinary working men and women who took part in the nation-wide abolition campaign.

This trail has been researched and written for the National Portrait Gallery by Dr Caroline Bressey, University College, London. 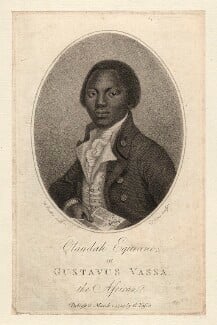 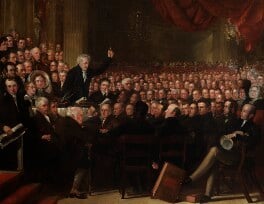