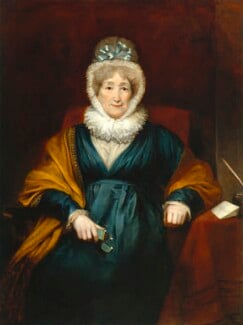 The Act that was passed in 1807 was meant to end Britain's involvement in the trans- Atlantic slave trade. In reality, British companies continued to profit from the trade, and some historians have argued that many Britons were able to reap greater benefits from the trade after abolition than ever before. The moment enslaved Africans gained their freedom in the British empire would not come until 1838, following the replacement of slavery with the apprenticeship system in 1834. In 1838 the British government agreed to pay slave owners £20 million compensation (the spending worth of over £800 million today). Those who had worked as slaves for generations were given nothing at all. The abolition of slavery released the formerly enslaved into poverty, and prompted the British to mine new parts of the empire for 'slave labour'. The result was the, sometimes forced, migration of Asian men and women to the Caribbean. Here they were forced to work as part of an indentured labour system under which labourers worked under contract for an employer for a specified number of years.

Hannah More
After some success as a fashionable playwright, More turned to the serious work of an evangelical reformer. From the 1780s, she wrote numerous treatises attacking moral laxity, fashion and female independence. Most influential were her 'Cheap Repository Tracts', which sold for a penny and reached millions. These took the form of 'improving tales' which sought to reform the poor by emphasising sobriety, hard work, religion and pride in Britain's constitution.

In 1790 (long after Mansfield's 1772 Judgement that many believed meant Africans could not be forced to leave England), Hannah More, the well-known writer and active anti-slavery campaigner, saw a woman who had run away in Bristol betrayed from her hiding place in the top of a house. The woman was forced onto a ship that would return her to a life of brutal slavery in the West Indies.