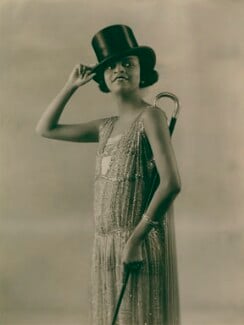 Florence Mills, known as the 'Queen of Happiness' was one of the most successful entertainers of the 1920s. Both of her parents were born in slavery. In 1922 Mills and a cast of African-American actors performed The Plantation Revue on Broadway. Following their success it was announced that the show was to transfer to London's West End. The news that an all black cast was going to be performing in London outraged the entertainment unions who complained to the London County Council and the Press. Mills did perform, but an all-British cast performed in the first half with Mills and The Plantation cast in the second half. Mills returned to Britain in 1926 with Blackbirds. This time Blackbirds mania gripped London: Blackbirds parties were held and the performers were invited to socialise with high society. But Mills retained an awareness of the social problems of life in London and spoke out on racial issues - promoting the work of the National Association for the Advancement of Colored People (NAACP).