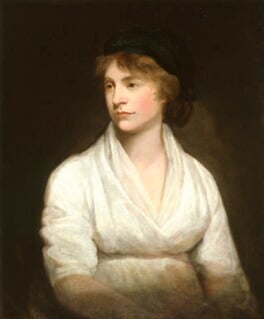 Author of A Vindication of the Rights of Woman (1792), Wollstonecraft is now regarded as one of the founders of modern British feminism. As a teacher she made a powerful case for emancipating and educating women. At the same time she lived out her liberal theories. When her pro-revolutionary A Vindication of the Rights of Man (1790) appeared she was welcomed into the radical intellectual circle that included the artists Blake and Fuseli, the pamphleteer Tom Paine and the philosopher Godwin, whom she later married.

Mary Wollstonecraft directly compared the experience of enslaved Africans to that of women. In her Vindication of the Rights of Women (1792), she asked, 'Is sugar always to be produced by vital blood? Is one half of the human species, like the poor African slaves, to be subject to prejudices that brutalise them, when principles would be a surer guard, only to sweeten the cup of man? Is not this indirectly to deny woman reason?' During the 1790s, women were actively encouraged to boycott slave-produced goods such as sugar and rum to add economic weight to the abolitionist campaign.