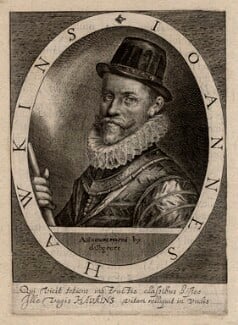 British trading in enslaved Africans became established in the 1500s. In 1562 Captain John Hawkins was the first known Englishman to include enslaved Africans in his cargo. Queen Elizabeth approved of his journey, during which he captured 300 Africans. He then sailed across the North Atlantic and exchanged them for hides, ginger and sugar. He returned to London in 1563. Thirsty for greater profits, he organised another voyage for 1564 to which Queen Elizabeth contributed one vessel.

Meanwhile, the African presence in England became established to such an extent that attempts were made to limit their numbers. Queen Elizabeth enjoyed the profits of the Atlantic slave trade and employed African entertainers in her court but she issued a decree to expel Africans from England in July 1596. Despite this, Africans were to remain a consistent presence in English life.