Self image: making a self-portrait (2)

Are you going to be the only figure in your self-portrait? We usually think of a self-portrait as being an image of the artist alone, but if someone else is included, a partner or family member for example, the self-portrait can also be about the relationship between the artist and that person. 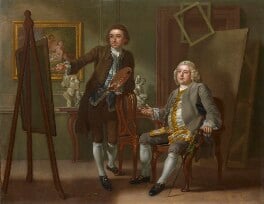 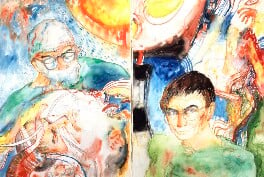 John Bellany's painting is a 'diptych' which means that it is in two parts, often equal in size, the figures exist side by side on separate pieces of paper. Although it is a commissioned portrait of Sir Roy Calne, it is also a self-portrait. This work shows the surgeon responsible for saving Bellany's life, so in this sense, the diptych is an "extra real" self-portrait, literally a memento mori. The painting is highly stylized, with objects and colours placed randomly in the background.

Do you appear with your partner? 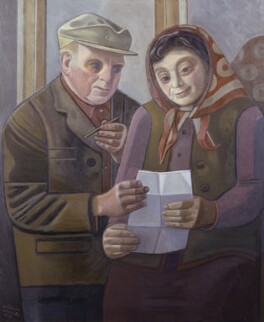 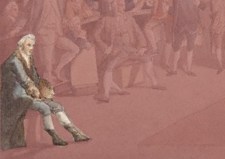 The Academicians of the Royal Academy (enlarged detail)
by John Sanders after Johan Zoffany, 1773

For 'Identity', the artist installed a photo-booth in the basement of the National Portrait Gallery and invited the public to 'disguise or reveal themselves' for the camera with the aid of props and costumes. One can make out the outline of a face on the right hand side of the collage. To create this larger self-portrait (made up literally of the 'hand of the artist') Rideal took photographs of her body and hands which appear black against the grey of the booth curtain backdrop.

The idea was to invite the general public, artists and celebrities into the gallery and create a mass portrait of tiny photographs taken identically but with each person performing in an individual way for the camera. Occasionally artists include mirror reflections when making a portrait of someone else. In this way they can connect their portrait to ongoing work. Van Eyck's Arnolfini Marriage (National Gallery, London) and Las Meninas by Velasquez (The Prado, Spain) are probably the most fêted and wonderful examples of this particular format.

Often photographers will record themselves reflected in a shiny surface. Imogen Cunningham (1883-1976) famously made her self-portrait reflected in a San Francisco shop window. Or see this example of Harry Borden who took a long, thin mirror outside on the grass, making a visual conundrum.

Peggy Angus was a friend of the family and includes herself standing by the piano with Ramsay MacDonald's family. 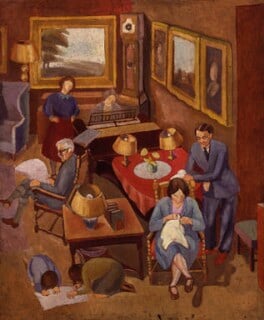 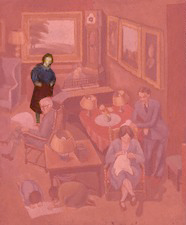 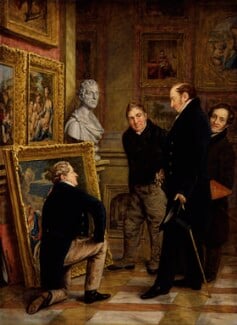 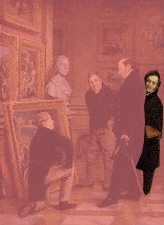 Here Jerry Barrett is a voyeur at the window viewing Florence Nightingale receiving the wounded at Scutari. The Mission of Mercy: Florence Nightingale receiving the Wounded at Scutari
by Jerry Barrett
1857
NPG 6202

'The Mission of Mercy' (enlarged detail)
by Jerry Barrett, 1857

Perhaps with this back view Jemima Blackburn provides us with information about her modesty and position in society whilst ensuring her presence in the work as artist and participant. 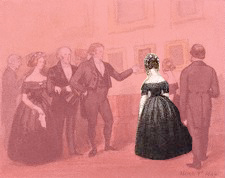 Paul Nash included himself in this musical group 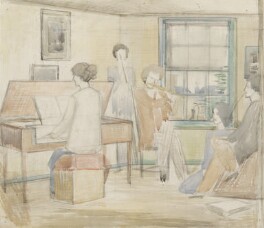 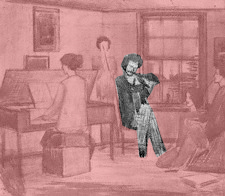 You might like to show yourself as an artist amongst artists, thus confirming your status as ARTIST
These images show artists at work or meeting with contemporary colleagues. It is interesting to see where they put themselves within the painted compositions. 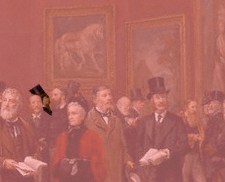 In a 1914 account , Brooks wrote about the difficulty he had creating the parquet floor in perspective . 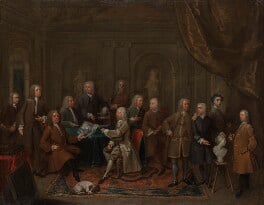 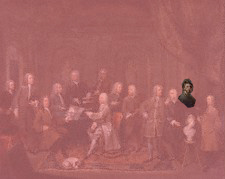 'A Conversation of Virtuosis...at the Kings Arms' (enlarged detail)
by Gawen Hamilton 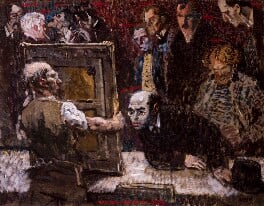 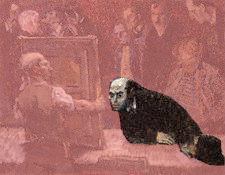 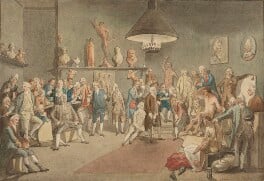 The Academicians of the Royal Academy
by John Sanders, after Johan Joseph Zoffany
1773, based on a work of 1772
NPG 1437 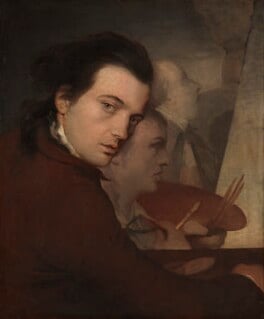 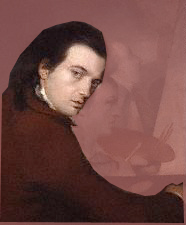 Self image
Self image: Basic materials and techniques
Glossary