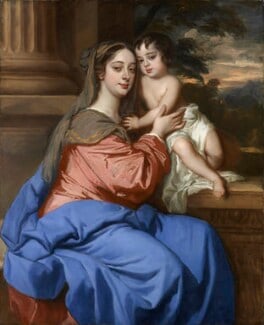 Barbara Palmer (née Villiers), Duchess of Cleveland with her son, probably Charles FitzRoy, as the Virgin and Child
by Sir Peter Lely
circa 1664
NPG 6725

This portrait was offered to the Gallery in 2004, and being of a famous sitter by a very important artist, was of clear interest to the collection.  Curators began the process of carrying out further research on the work prior to presenting it as a potential acquisition to the Board of Trustees.  This typically involves art historical research to ensure that the work is what it claims to be, but also research into the work’s provenance, or history of ownership.  This research is carried out on every object considered for the collection.  It allows the Gallery to establish that the work hasn’t been stolen, and, in particular, that it was not looted by the Nazis, or the subject of a forced sale, in the period between 1933 and 1945.

Checks were carried out using the relevant databases, only to find a description of a portrait of Barbara Villiers by Sir Peter Lely which had been stolen from a palace in Hungary by the Nazis during the Second World War.  Part of the collection of the Hatvany family of bankers, it was taken to Germany in 1944 and never recovered.  The Gallery would not consider acquiring a stolen work, so further research was needed to check whether the portrait in the description was the same as the one now on offer to the Gallery, or one of the many other images of Villiers made during her lifetime.

The curator involved was confident that the painting on offer was unlikely to be the looted work because of her familiarity with optimistic attributions and identifications.  The drama and salaciousness of Charles II’s court has been of interest to people for centuries and as a result there are number of mis-identified portraits of his mistresses; similarly, Sir Peter Lely’s name, the foremost court artist of the period, is often mistakenly attached to paintings.

Sure enough, during the course of further research, the curator found an old photograph showing the looted painting hanging in the Hatvany Palace. [1] This work was clearly quite different to the portrait offered to the Gallery, and following a public appeal, the portrait was purchased for the nation in 2005. 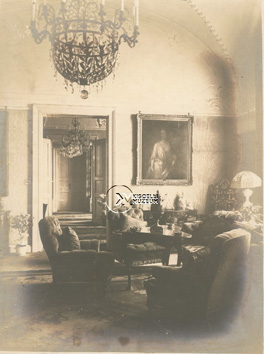 Fig.1 Room in the Hatvany Palace, Budapest showing the portrait mistakenly identified as the Duchess of Cleveland. Reproduced by permission of Museum Kiscelli Photo Collection
(www.kiscellimuzeum.hu)

Fig. 2 Leaflet for the public appeal to secure the portrait of Barbara Villiers, Duchess of Cleveland for the Nation, 2005 (NPG Archive NPG46/68/13)