When this portrait was bought in May 1858 from the art dealer Henry Graves, it was believed to represent the most famous woman of the Restoration period, the actress and mistress to King Charles II, Nell Gwyn (1651?–1687). However, in 1947 a print from the same period identified as ‘Madame Katherine Sidley’ was observed to be very similar to the painting. [1] This convinced the Gallery to re-identify the oil portrait as that of Catharine Sedley, Countess of Dorchester (1657–1717), mistress to King James II.

This is one of over a hundred portraits in the Gallery’s collection whose sitter identification has been queried, debated and then dropped. However, it is a rare case in which an alternative identification was made, as most of these portraits have remained unnamed. For the period in which the portrait of Sedley was made, the exact identification of sitters is complicated by the frequent repetition of poses, costumes and accessories, as well as the generalisation of facial features, which turned portraits of individual sitters into fashionable likenesses. Over the years, hundreds of portraits have been called ‘Nell Gwyn’ but, either through error or deceit, the identification of the vast majority of these portraits is incorrect. 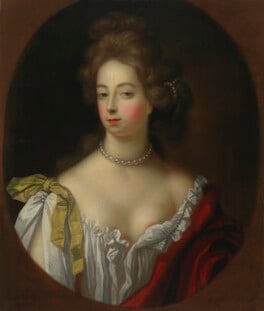 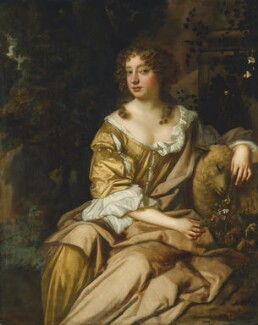 The Gallery has grappled with the challenge presented by Nell Gwyn’s iconography on further occasions. In 1931 the Trustees accepted the bequest of a portrait called ‘Nell Gwyn’ [2] despite their belief that the identification was incorrect. It was only accepted on the basis that ‘it would be of interest to students as a signed example of the work of Simon Verelst’. It remained an ‘unknown sitter’ until 1987, when the previously doubted identification was accepted by curators, and it is today the Gallery’s most securely identified portrait of Nell Gwyn.

A third portrait was acquired for £400 in 1956 [3]. It was displayed as the Gallery’s only legitimate portrait of Nell Gwyn until the 1990s when doubts about the identification led to the addition of ‘possibly’ to the title. More recently, curators decided that there was insufficient evidence to associate the picture with Nell Gwyn, and the portrait is currently called ‘unknown woman, formerly known as Nell Gwyn’. Future research may solve the mystery of the sitter’s identity.