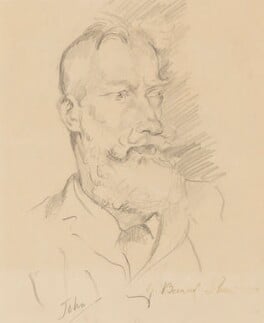 This drawing of the renowned poet, George Bernard Shaw (1856-1950) by the equally well-known portrait artist, Augustus Edwin John (1878-1961), was made in 1915 during a short stay at Lady Gregory’s estate at Coole Park in Galway.  The drawing is one of several studies completed for three finished portraits that are now in the Fitzwilliam Museum, Cambridge, [1] the Royal Collection and the collection of the National Trust. [2]

In John’s memoirs, written over thirty years later, he describes the encounter in remarkable detail. He recalls arriving at Coole Park in ‘poor shape’ and with a cough that seemed to him ‘both organic and incurable’. Shaw’s chauffeur drove John to a chemist in a nearby town and ordered up a concoction of ingredients that swiftly brought John back to full health, ready to face the ‘task with confidence’.

The time away in Ireland allowed John and Shaw to become well acquainted.  Their relationship was peppered with both admiration and irritation for one another. In a letter to his model and second partner, Dorelia McNeill, John refers to Shaw as a ‘ridiculous vain object in knickerbockers’.  By contrast, in his autobiography he recalled that  ‘What I have sketched here was more than an ordinary episode: it was a great occasion, for I had come to know in intimacy a true Prince of the Spirit, a fearless enemy of cant and humbug, and in his queer way, a highly respectable though strictly uncanonical saint.’ Similarly, despite being dismayed at ‘being immortalised as an elderly caricature’ and frustrated at John’s method of painting over or washing out canvases, Shaw would hold on to one of the portraits from this sitting for the rest of his life.

When this drawing was first brought to the attention of the National Portrait Gallery in 2011 curators were divided as to whether it was a necessary addition to the collection due to the Gallery’s already vast holdings of portraits of Shaw (over 400 portraits at the time). This view was reconsidered in 2013 due to the chronological importance of the piece as an early depiction of Shaw, and it was accepted at the July 2013 Trustees meeting. 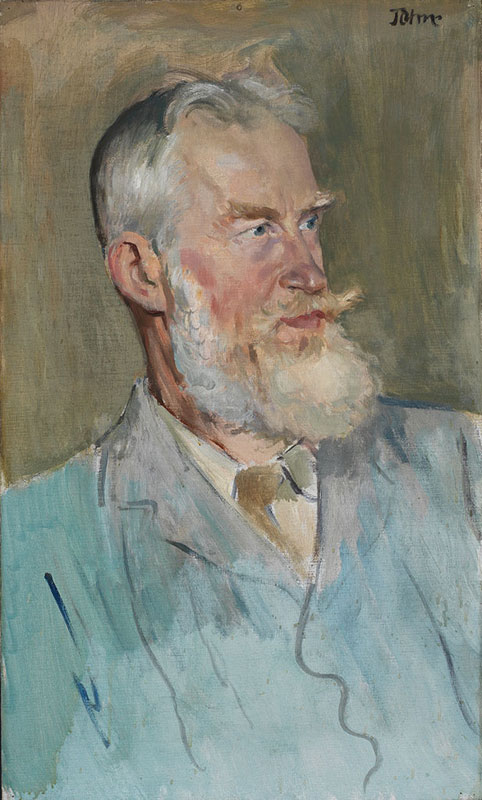 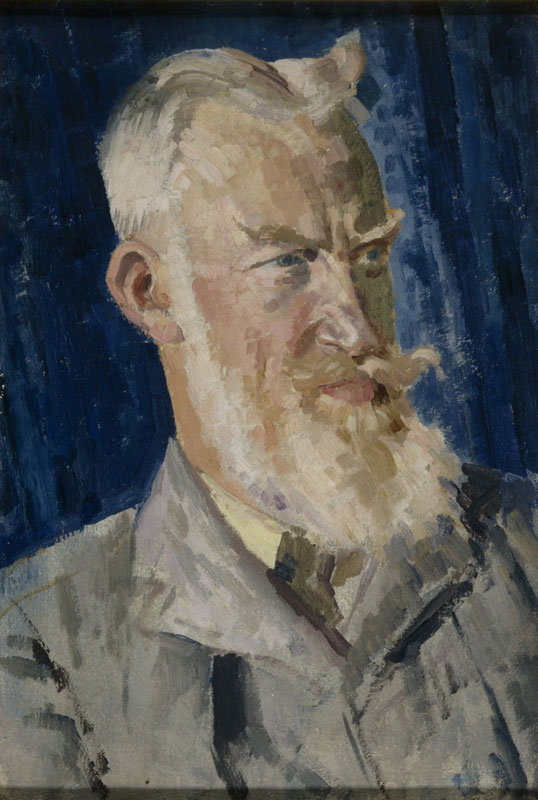