Henry Prince of Wales by Marcus Gheeraerts the Younger (NPG 2562) Henry, Prince of Wales
by Marcus Gheeraerts the Younger
circa 1603
NPG 2562

This painting was bequeathed to the Gallery in 1933 as a portrait of Charles I (1600-1649) when prince, and was thought to date from around 1612.  X-rays taken during the 1950s revealed the presence of drapery beneath the landscape and an osprey plume in the hat as well as the fact that the sitter originally had a shorter nose.  Notes from a conservation assessment carried out in 1974 suggested that most of the visible paint dated from the nineteenth century.  This prompted the Gallery to carry out technical analysis on the blue pigment that appeared in the garter robes, landscape, tablecloth, hat jewels, tassels, sword belt and garter chain.  The results indicated that this was Prussian blue, a pigment invented in 1704.

After consultation and tests it was decided to attempt to remove this over-paint.  This process revealed much finer, original paintwork, exposed the landscape in the background as a later addition and demonstrated that the sitter’s face and decoration of the hat had been subject to alteration.  Former director of the National Portrait Gallery Roy Strong viewed the painting shortly after the later paintwork had been removed.  He identified it as representing Charles’ brother Henry, Prince of Wales (1594-1612), who was six years older than Charles.  [1] [2] 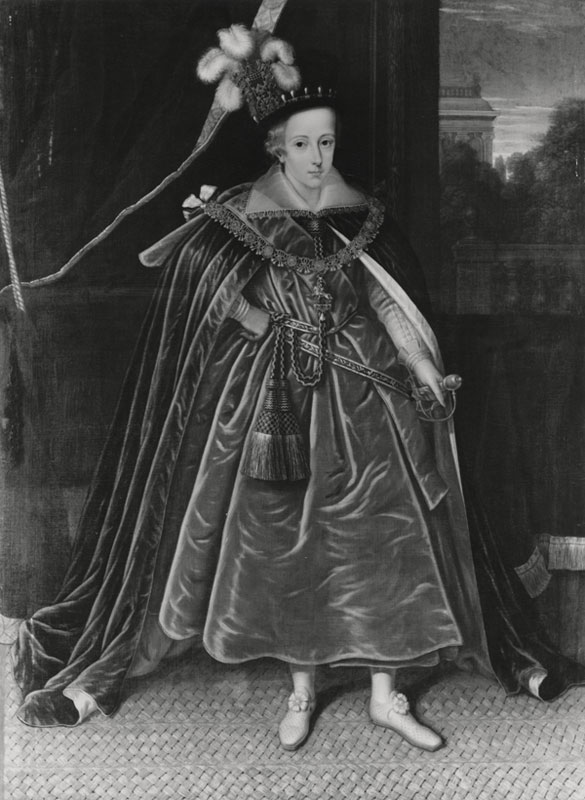 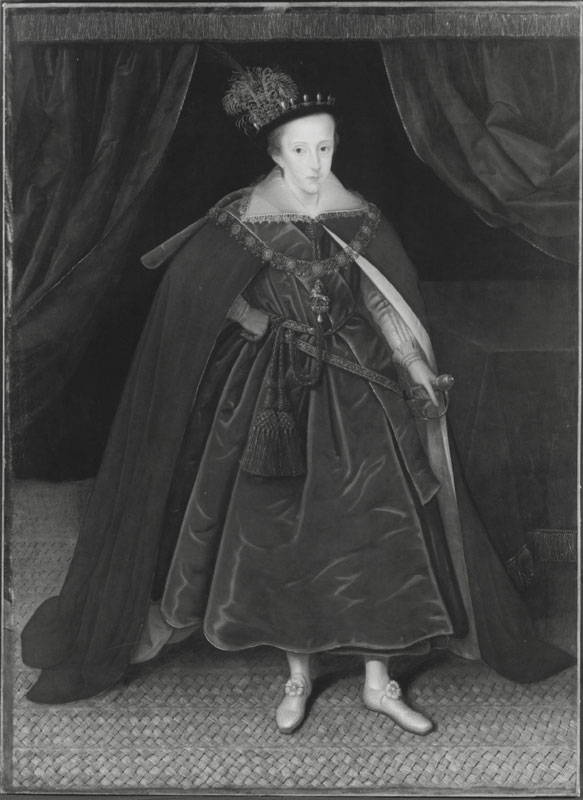 This identification was based on the painting’s provenance, style and costume.  The portrait was passed down in the family of Sir Henry Lee, with whom Prince Henry had strong connections.  Lee was a major patron of Marcus Gheeraerts the Younger, whom Strong identified as the artist.   The portrait’s  style indicates that it is earlier than previously thought, dating from around 1603, and the ship jewel in the sitter’s hat is known to have belonged to Henry.  In a 1976 letter to Strong, John Hayes, then Director of the National Portrait Gallery noted that it was ‘much more important for us to have a Prince Henry’ than a Charles I.  This was because whilst Charles was well represented in the Collection, there were no full-length portraits of Henry, only one miniature from the studio of Isaac Oliver, a half-length oil after Oliver and several prints.  The re-identification of this portrait significantly improved the Gallery’s holdings of Henry, Prince of Wales.