This painting was acquired by the Gallery in 1933 as a portrait of Sir Thomas Overbury (bap. 1581, d. 1613), the courtier and poet whose death in the Tower of London in 1613 lead to one of the most sensational scandals at court in the early seventeenth century. However, this identification was subsequently questioned as the sitter does not bear a close resemblance to the portrait of Overbury at the Bodleian Library, which was used as the source for near contemporary engravings of the sitter.  The painting was therefore catalogued as ‘Unknown man, called Sir Thomas Overbury’ in Roy Strong’s 1969 catalogue of the Tudor and Jacobean portraits at the Galley. 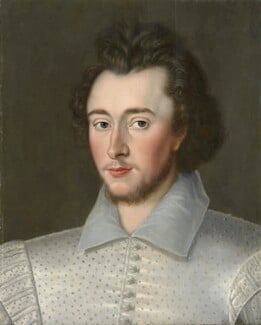 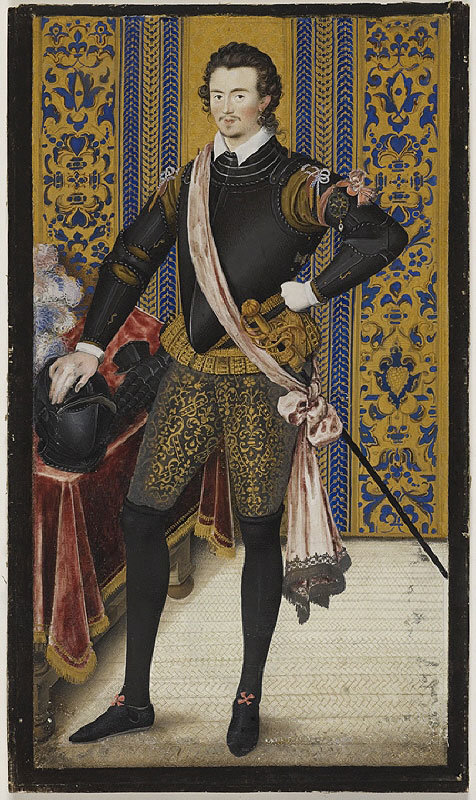 The portrait remained catalogued in this way until new research was undertaken in 2010 by History of Art MA students from Bristol University in preparation for the ‘Imagined Lives’ display of portraits of unidentified sitters from the Gallery’s collection at Montacute House (National Trust). A reconsideration of the provenance of the portrait, which had been purchased from the collection of Viscount Dillon at Ditchley Park, raised the possibility that the portrait had been commissioned or acquired by the Elizabethan courtier Sir Henry Lee (1533-1611). Through this connection, Lee’s godson, Robert Dudley (1574-1649) – illegitimate son of Elizabeth I’s favourite Sir Robert Dudley, Earl of Leicester (1532/3-1588) – became a prime candidate for the sitter’s lost identity. Cross-referencing the portrait with known portraits of Dudley showed that the sitter bears a striking resemblance to a portrait of Robert Dudley by Nicholas Hilliard, which is now in the Nationalmuseum, Stockholm. [1] In 1591 Dudley took part in his first ceremonial tilting tournament and also married Margaret Cavendish (d. 1595), and these events may have motivated the commission of his portrait.