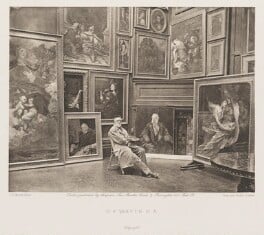 Watts achieved international fame during his own lifetime. He was compared to the old masters and known as ‘Signor’ by his close friends. He had many established patrons who bought and promoted his art. He exhibited at numerous British galleries, including the Royal Manchester Institution in 1880. Overseas his work was displayed at the Universal Exhibition in Paris in 1878, and a solo exhibition at the Metropolitan Museum of Art, New York in 1884.

A self confessed workaholic, he painted from dawn till dusk, only breaking when his health required it. He produced a series of portraits of the great men of the Victorian age, his ‘Hall of Fame’ pictures at the National Portrait Gallery. He was also a pioneer of the Symbolist movement, producing many grand works commenting on life, love and religion. 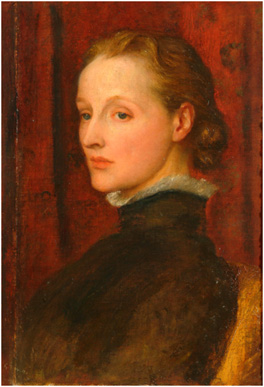 Following Watts’s death in 1904, his second wife, Mary Seton Watts (née Fraser Tytler) set out to write his biography and appealed for the return of his correspondence. The archive she assembled represents a unique resource for researchers. The letters offer a rare insight into Watts’s art practice and exhibitions. They illuminate the social circles in which he moved, encompassing patrons and Victorian celebrities. They also reflect the places where he lived from the bohemian Little Holland House to his sanctuary at Limnerslease, Surrey, now home to the Watts Gallery.

The Watts Archive is housed in the Heinz Archive and Library. A full catalogue, produced with support from the National Cataloguing Programme for Archives, is available. You can search the Archive Catalogue for the records and view them in person by making an appointment.