Watts exhibited nine pictures at the International Exhibition in Paris in 1878. Here a young American woman called Miss Mary Gertrude Mead saw his work for the first time. She was so impressed that when she arrived in London she visited Watts at Little Holland House and resolved that his work should be shown in America.

Letters show that Watts did not initially want to be separated from his works. He worried that they would suffer during the sea voyage. He was also anxious about how his pictures would be received abroad. 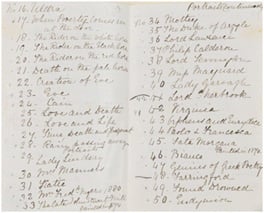 In spite of his concerns, the exhibition was ultimately a huge success and a gratified Watts gifted the painting ‘Love and Life’ to the American nation. 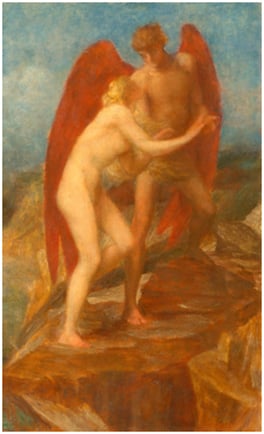 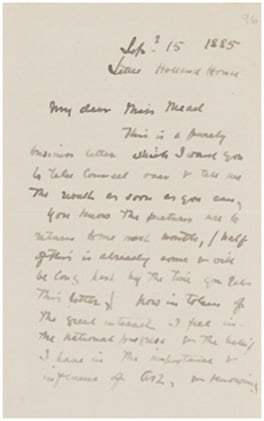 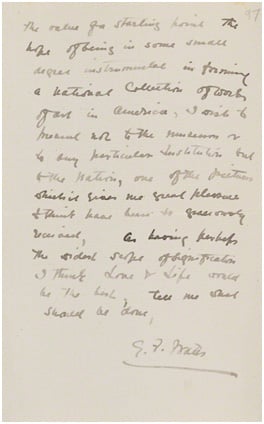 The nineteenth century was a period of great opportunity for men of energy and aspiration. The middle classes sought self improvement and culture, and some became important patrons for artists. This is exemplified in the relationship that developed between Watts and Charles Hilditch Rickards, a Manchester merchant and son of a cotton spinner. 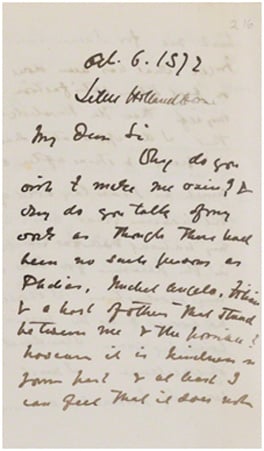 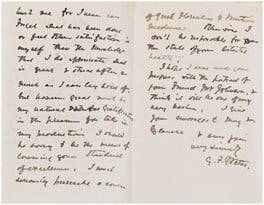 Watts and Rickards were introduced in 1865 and over the next 20 years they exchanged nearly 250 letters. Their correspondence makes up the largest series of letters in the Watts Archive. These letters record in extraordinary detail the relationship between an artist and his single most ardent collector. 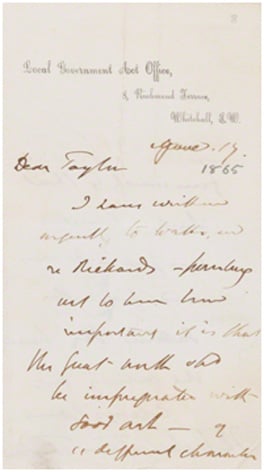 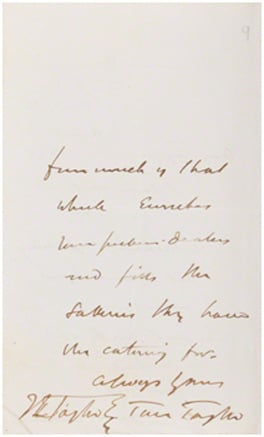 By 1880 Rickards owned 56 of Watts’s works and he was asked to exhibit the collection publicly at the Manchester Institution. The exhibition that followed was important for the city and for Watts’s career, as his works were seen by the local population and by Sir Coutts Lindsay and his wife, Lady Lindsay. They owned the Grosvenor Gallery in London and later held a London exhibition dedicated to Watts in the winter of 1881-1882.