It was Thomas Carlyle, an early trustee of the National Portrait Gallery who famously stated that ‘a portrait is worth half-a-dozen biographies’

Famous for his symbolist and allegorical paintings, Watts was also a portraitist of rare power and insight. Although he at times complained that he disliked portrait commissions, he frequently painted his friends and famous contemporaries in a vivid and creative way. In fact the majority of the portraits he painted were made at his request.

In the 1850s Watts decided to portray the ‘great’ men of the age in a series of paintings. He created his ‘Hall of Fame’ pictures with the intention of depositing them in a public gallery. The completed portraits depicted eminent figures such as Cecil Rhodes, Henry Edward Manning, William Ewart Gladstone, James Martineau, James Stuart Mill, Matthew Arnold and Thomas Carlyle.  Watts gifted 17 of these works to the National Portrait Gallery in 1895 and more followed in later years. 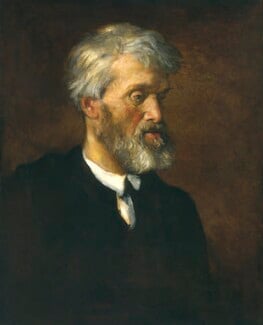 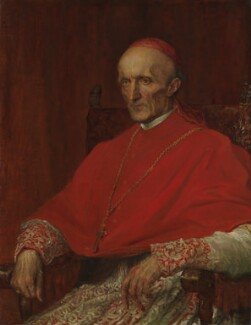 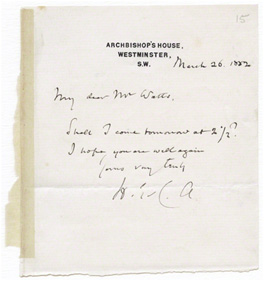 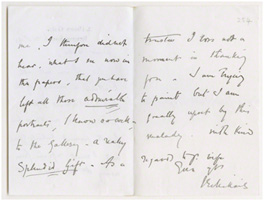