Despite his lofty, artistic ideals, Watts had a modest upbringing. Born in London in 1817, his father was a pianoforte maker who struggled to maintain his family despite the death of two wives and several young children. Watts’s childhood was sombre and he was often sickly and unable to attend school.

In April 1842 the Fine Arts Commission announced an important competition to select large-scale historical paintings to decorate the new Palace of Westminster. Watts entered Caractacus Led in Triumph through the Streets of Rome and won a prize of £300. This allowed him to travel to Italy to study the techniques of fresco painting. Whilst there Watts made the acquaintance of Lord and Lady Holland and their friendship secured his entry into the world of the Victorian elite. 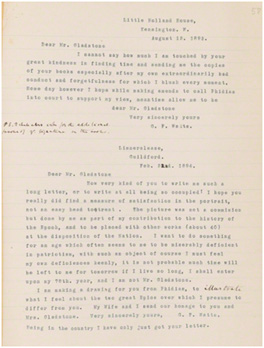 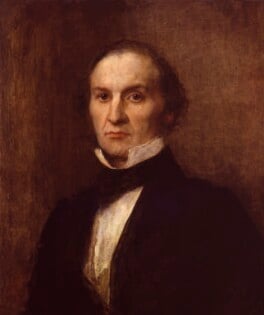 Watts’s friendship with the Hollands and his move to Little Holland House with the bohemian Prinsep family in 1850 were career defining. Here Watts was at the centre of Victorian artistic, academic and political circles and counted many Victorian celebrities as close friends. It was during this time in the early 1850s that he formulated his plan to paint a collection of portraits of the great men of the Victorian age, now known as his ‘Hall of Fame’, and to dedicate them to the nation.

It was also through the artistic circles at Little Holland House that Watts met his first wife Ellen Terry, who went on to become one of the greatest actresses of the age. They married on 20 February 1864, three days before Watts’s 47th birthday and a week before Ellen turned 17. She inspired several of Watts’s works, including 'Choosing'. However, their marriage did not last and they separated in 1865. Assembled by Ellen’s successor, Watts’s second wife Mary, the Watts Archive does not feature correspondence with Terry. 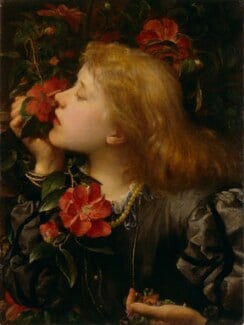