Heinz Archive and Library opening hours
Tuesdays, Wednesdays and Thursdays from 10.00 to 17.00 by appointment only

One of the most notable collections of private papers held in the National Portrait Gallery Archive is the correspondence of the Victorian portrait painter George Frederic Watts (1817–1904). The letters were assembled by the artist's 2nd wife Mary Seton Watts (1849–1938) as part of her research for a biography of her husband that was published in 1912.

The correspondence was arranged and pasted into 15 albums (14 of which are held by Gallery). The albums includes original letters to and from Watts and numerous handwritten or typed transcriptions of his letters. Most of the transcriptions relate to privately owned letters, the whereabouts of which may be unknown.

Originally deposited in the Watts Gallery, the letters were removed during the 1970s and the albums and the most noteworthy letters were sold in 1979 as separate lots. The Gallery acquired 14 of the original albums (volume 6, which contained the letters of Frederic Lord Leighton, is not part of the collection) plus many of the letters that were sold separately. The Gallery subsequently obtained copies of other letters that were acquired for public or academic institutions (most notably Princeton University), and these have been incorporated into the collection. 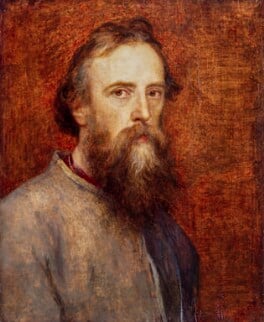 At their shortest and simplest the letters record appointments for sittings and everyday matters such as invitations to dinner, visits to and from friends, concert performances and other social engagements, however, the collection contains some extensive series of letters with close friends, patrons and colleagues, including:

The Watts Collection can be consulted in the Gallery’s Heinz Archive and Library Public Study Room, by appointment. The Watts Collection has been fully catalogued and the archive catalogue can be used to search for correspondents and to access summary descriptions of letter contents.