5. Britain and the Continent

On the Continent canvas sizes were generally standardised during the 17th century, probably as and when canvas became the normal support for paintings. These sizes are considered here in so far as they inform our understanding of the work of British artists and of the logic behind standard canvas sizes.

In Rome there was a long-established range of six sizes which Claude Joseph Vernet, the French landscape painter, listed in 1749 in descending order of size as follows: toile de 7 et 5 (i.e. 7 x 5 palmi), toile d’empereur, toile de quatre palmes, toile de trois palmes, toile de teste or da testa and toile di sassa ferrata. [147] None of these sizes correspond to British sizes. Almost one hundred years earlier in 1651, an English artist in Rome, Richard Symonds, had recorded a very similar range of sizes, using the Italian terms, tela d’imperadore and tela da testa or, in the case of the three palmi canvas, calling it by price, tela di 2 Julij (the julio was a unit of Roman currency). [148] A Roman palmo equated to about 8 ½ ins or about 21.5 cm.

To take one of these formats as an example, the toile d’empereur, or tela d’imperatore. Its size was recorded by Vernet in French measure as 4 pieds 3 pouces by 3 pieds 1 pouce, that is 51 x 37 pouces (there were 12 pouces to the pied) or in English measure about 53 ½ x 39 ins (about 136 x 99 cm). It was generally used vertically for portraits and horizontally for landscapes. At the National Gallery in London, Vernet’s A Sporting Contest on the Tiber measures 39 x 53 ½ ins. [149] Other works of this format in the same collection include Claude Lorrain’s Landscape with Cephalus and Procris at 40 x 52 ins and his Landscape with Aeneas at Delos at 39¼ x 52 ¾ ins, and two of Pompeo Batoni’s works, Time orders Old Age to destroy Beauty and Richard Milles, both about 53 x 38 ins. [150] It may be asked whether it could be a coincidence that these canvases correspond with a standard format. But in the case of Claude Joseph Vernet, it is clear from his order book that he specified these Roman sizes by name unless painting to particular dimensions supplied by a patron, presumably for a specific position. [151] In the previous century, Claude Lorrain seems to have adopted a very similar practice, according to a leading authority, Marcel Röthlisberger. [152]

The tela d’imperatore size was taken up by British artists working in Rome: Nathaniel Dance’s William Weddell, his servant Janson and the Rev. William Palgrave, 1765(National Trust, Upton House, Warwickshire) is 39 x 53 ¾ ins while Richard Wilson’s Roman works of the 1750s are often found in about this size including his Rome from the Villa Madama (Yale Center for British Art) at 37 ½ x 52 ¼ ins and Rome and the Ponte Molle (National Museum of Wales) at 38 x 53 ins. [153] Thomas Jones in 1779 specifically records a tela d’imperadore canvas among the sizes he used for his landscapes. [154] The term can be found in the inventory of the Roman property of the Earl-Bishop of Derry in 1804. [155] 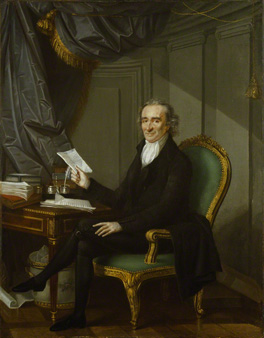 In France there is some evidence for the standardisation of canvas sizes in the 1620s. [157] A wide range of standard sizes was available by the mid-18th century when Antoine-Joseph Pernety codified them in his Dictionary. [157] The sixteen French sizes took their names from the cost of canvas at the time they were first set in the 17th century. They ranged from the toile de quatre, size 12 x 9 pouces, originally costing four sols, through the toile de 20, size 27 x 22 pouces (fig.16) to the toile de 100 at 5 x 4 pieds, costing 100 sols, and the toile de 6 livres at 6 x 4 pieds, costing 6 livres (or 120 sols). This numbering system has continued in use to this day with very little change so that the toile de quatre is now known as size no.4, the toile de 100 is no.100 and the toile de 6 livres is no.120. [158] There were also size ranges for landscape and marine paintings which were formalised in the 19th century. [159] French standard sizes were marginally adjusted with the introduction of the metric system so that, for example, the toile de quatre at 12 x 9 pouces, actually 32.5 x 24.4 cm, became 33 x 24 cm after metrication, and other sizes were rounded up or down to whole numbers as a matter of convenience. [160]

In Holland it seems that some use was made of standard size canvases (and indeed standard panels), but the evidence is less clear and has been the subject of debate. [161] In Antwerp in the 17th century, a system of sizes for canvas (‘doek’) can be found, including quarter, half, single, double and twice double canvas, on the evidence of inventories and the trading records of the Forchoudt dealing business. [162]

Looking at nomenclature internationally is revealing. Some names denoting standard sizes are obviously descriptive - the half-length in Britain, and the tela da testa in Rome. Other terms relate, or originally related, to the cost of the support - the toile de quatre for example, in France, derives from its historic cost of 4 sols as explained above, the 2 julii canvas described by a visitor to Rome in the mid-17th century and the range of panel sizes available in the Netherlands, denominated by their price in stuivers. Yet other names were more idiosyncratic: the kit-cat in Britain and the tela d’imperatorein Rome. 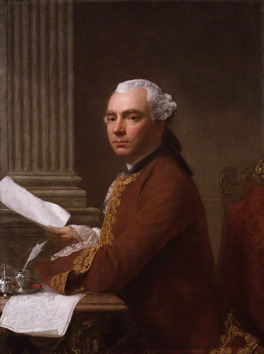 It is instructive to compare the British half-length at 50 x 40 ins, the Roman tela d’imperatore at about 53 ½ x 39 ins and the historic French toile de 60 at about 51 ¼ x 38 ½ ins. The British size is the squarest, the French less so, the Italian least of all, being the tallest in proportion to its width. [163] In width they are similar and perhaps may have been influenced by the ready availability of canvas rolls of width about 40 ins or 100 cm, as explored in section 1.3. In height the differences are more significant and this dimension would clearly have been a choice made in cutting the canvas roll. A smaller size, the British kit-cat at 36 x 28 ins, said to be a continental introduction, is also proportionally shorter than its Roman equivalent of about 39 x 29 ½ ins, despite its relatively tall appearance (fig.17). [164]

5.2 The rationale for standard sizes and their implications

How far can one explain these differences in canvas format? As has been discussed in section 1.4, there is no evidence to suggest that the format of standard sizes was determined by an abstract ideal of perfect proportions. Nor do British canvas sizes follow established panel sizes. Sizes were certainly related to local units of measurement, so that the colourman or studio assistant had a straightforward size to cut. They were related less closely to canvas roll widths, so as to avoid wastage in cutting, but it is doubtful how far this argument can be taken in explaining precise differences in format given that canvas was an internationally traded commodity, with much English canvas being imported from abroad until well into the 18th century.

It is suggested here that the choice of sizes may have been more a matter of perception as to what in practice looked best or worked best for artists. Sizes were presumably influenced by the dominant needs of painters at the time and place they were initially formalised. So on this basis they were a matter of local practice and convenience. It is the artists who came to prominence in the first half of the 17th century who will have set the formats. As canvas became more popular as a support in the early 17th century, no doubt artists will have tried different formats and will have come to have preferred certain sizes to others. Initially, these preferred sizes may have been peculiar to a particular artist or group of artists and their apprentices and studio assistants. But as leading artists came to prefer particular sizes, so those supplying canvas and picture frames may have come to find that it was worthwhile keeping certain sizes to hand. Such sizes would then have been immediately available to purchasers and, as a stock size, possibly less expensive.

Earlier in this survey (section 1.4), the French artist, Paillot de Montabert, was quoted as asking if dimensions might have been determined for ‘the good grace of portraits’. There was a general move internationally towards larger portraits but this development does not explain why the dimensions for these larger formats vary from country to country. That leaves the question as to whether there were subtly different requirements among artists and patrons in Rome, Paris, and London, at the time these sizes began to be standardised, generally in the first half of the 17th century. In London the dominant requirement of the market was for canvas for portraits. In Rome and Paris, where there was also a demand for subject pictures and landscapes, the situation was somewhat different. In Britain with its emphasis on portrait painting and on including accessories, costumes and robes within portraits, a wider and squarer format may have been seen as more appropriate. ‘Sitting for a portrait’ is a phrase which was current by the 16th century: were the English more likely to be portrayed seated and did this influence the format for ‘the good grace of portraits’? The author of this survey hopes to explore further these questions and others in due course. [165]

Less obvious is the impact of such sizes on the portraits themselves. The differences in size between Britain and the Continent seem to have had a subtle but enduring effect. To take the half-length format, 50 x 40 ins in Britain and 53 ½ x 39 ins in Rome, is there sufficient visual evidence to suggest that British artists were more likely to adopt a seated pose than their Roman counterparts who often depicted their sitters standing? Does the use of this standing pose, set within the bounds of a slightly narrower, more vertical format, give these Roman portraits an added tension? Did the squarer British format encourage portrait painters to add accessories? Or was it the other way round: the taste in Britain for portraits with accessories meant that canvases needed to be somewhat wider or squarer? Whatever the explanation, can one even see the British canvas size as in some way marking out a portrait as British? So that the experienced eye comes to associate the rather wider format with British portraits.

[151] In the period, 1749-53, 31 out of Vernet’s 58 commissions in his order book were specified as to be painted on standard Roman sizes, see Lagrange, op.cit., pp.330-7, nos 85-143; additionally, he received orders for non-standard sizes, variously specified in Roman, French, English and Swedish units of measurement.

[158] A table of modern French sizes is given by Ralph Meyer, A Dictionary of Art Terms and Techniques, 1969, p.59. In addition to the standard portrait sizes, the table also sets out the standard sizes for landscapes and marines so that, for example, a no.4 landscape canvas is 33 x 22 cm and a no.4 marine canvas is 33 x 19 cm. Tables of this kind can also be found in French auction catalogues for picture frames and in the catalogues of artists’ suppliers.

[163] British canvases were generally squarer than their continental equivaents. The British 50 x 40 ins at a height to width ratio of 1.25 can be compared to the Roman tela d’imperatore at 1.38.

[165] Other related subjects that might be explored include consideration of the relationship between the aspect ratio of panels to their successor formats in canvas in London and overseas, issues around the mechanisms for standardisation of formats in other media such as drawing paper and copper plates, and questions around whether figures in portraits were more likely to be portrayed on the scale of life once canvas became widely available.