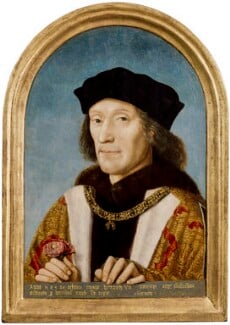 This portrait is the earliest painting in the National Portrait Gallery's collection, it is also one of the most important. Henry VII was the son of Edmund Tudor and head of the house of Lancaster. He defeated and killed the Yorkist King Richard III at the battle of Bosworth Field in 1485, establishing the Tudor monarchy.

The inscription records that the portrait was painted on 29 October 1505 by order of Herman Rinck, an agent for the Holy Roman Emperor, Maximilian I. The portrait was probably painted as part of an unsuccessful marriage proposal by Henry to Margaret of Savoy (Maximillan I's daughter) whom he hoped to marry as his second wife.

Henry is elaborately dressed in a black cap, dark red and black tunic and a gold and red brocade surcoat trimmed with white fur. He is wearing the chain of the Golden Fleece, to which order he was elected in 1491.

Question 1: How is this picture framed?

The panel on which the portrait is painted and the carved frame are one single piece of oak. This is referred to as an integral frame. 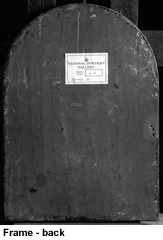 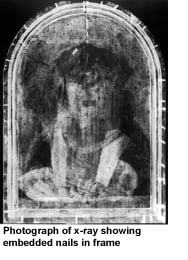 Old nails, driven into the edge of the panel all the way round the outer edges of the frame are visible in the x-ray images.

It is not clear what purpose these nails may have served or when they were added. Historical documentation suggests that the painting originally had a red painted cover, this is based on the record in a 1516 inventory of the Palace of Margaret of Saxony in Malines where the picture was displayed.

It is possible that some of the nails are related to this cover, and were used to secure it in place and adjoin it to another structure. However, it is also possible the nails may be a later more modern addition.

Similar integral frame portraits of English monarchs exist in the Society of Antiquaries including Edward IV and Richard III.

Question 2: What does the inscription tell us? 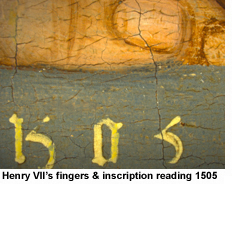 From this we learn the portrait was painted on October 29th 1505 and was ordered by Hermann Rinck, ambassador of the King of the Romans (Holy Roman Emperor), Maximillian I. It is probable that it was painted as part of unsuccessful marriage negotiations between Henry VII and Margaret of Savoy (Emperor Maximilian's daughter) and sent to the Duchess to show a likeness of her potential husband. She may not have been impressed as the marriage never took place. But the painting remained in her possession.

Question 3: How was this portrait made?

In Early Modern Europe portraits were often copied and reproduced from an original work. Royal sitters might only sit for their portrait once or twice in their lifetime. Therefore the original pose and facial type would be copied in multiple versions.

There has been much discussion about the possibility that this portrait of Henry VII was the prototype of an original composition which gave rise to other copies. It is likely that the circumstances of the commission would also have required that at some point Henry VII would have sat for the likeness used for his portrait. 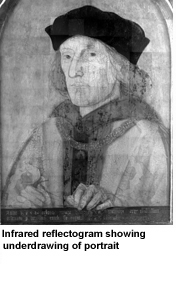 Some of the underdrawing visible (via infrared reflectography) appears to have been drawn quite freely and spontaneously, for example in the hands. This might indicate a search for the development of the portrait. However other parts appear to be drawn from a pattern, such as the facial features which were then adjusted by the artist.

The composition seems to have been altered slightly in the painting stage: the left hand appears higher, the edges of the collar are altered and there are changes in the sleeves from wide cuffs to the drapery seen in the final image.

Other broadly similar later versions of this work exist in the Royal Collection, the Society of Antiquaries and other private collections.

Question 4: What do we know about the artist?

It has been suggested that this portrait may have been painted by more than one hand. This is because there are differences in the painting style of several areas. For example, the chain and pendant of the Golden Fleece, passages of the hair and parts of the costume are painted with subtlety and skill, whilst the eyes and face lack definition. 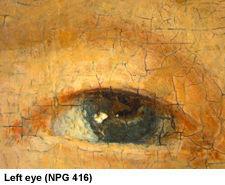 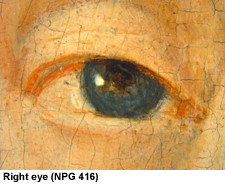 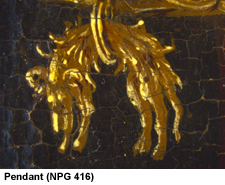 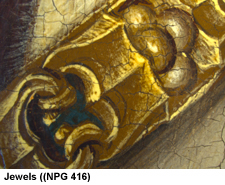 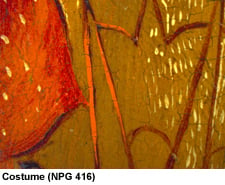 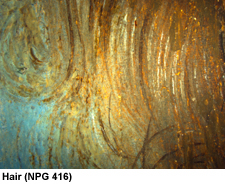 The work was once considered to have been painted by an artist called Master Michiel Sittow who had been the court painter for Margaret of Austria, but this has now been discounted. The painting style however indicates the picture is by a Flemish artist. The artist may have been either resident in England or a Netherlandish artist who was commissioned by the agent of Maximillian I to travel to England with him and make the portrait.

How is this picture framed?