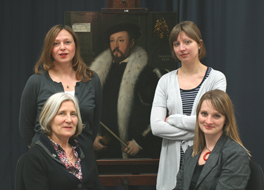 Four members of staff work on this research project, as well as one post-doctoral research assistant and two doctoral students. They undertake technical analysis and art historical research on the Tudor collections.

Our publications relating to this project include: