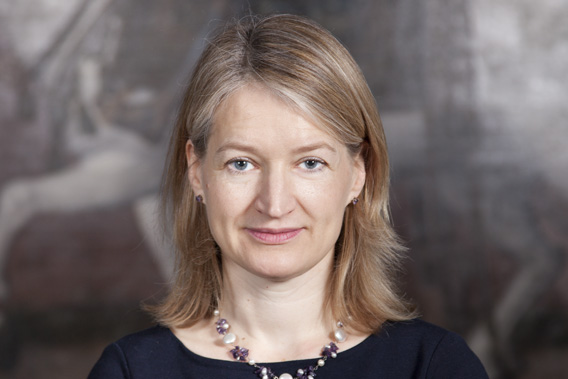 As Curator of Seventeenth-century Portraits I am responsible for the acquisition, display and interpretation of portraits dating from this period. In addition my role involves providing advice to colleagues, members of the public and other institutions, and undertaking research both on the Gallery’s collection and on seventeenth-century British portraiture more generally. Current projects include work towards an exhibition on Elizabethan and Jacobean portrait miniatures, and a catalogue raisonné of the works of Sir Peter Lely with Diana Dethloff.

I studied English at the University of Cambridge and History of Art at the Courtauld Institute. My studies were followed by a year at the Royal Collection, working on sixteenth and seventeenth-century portrait miniatures, and then three years at York City Art Gallery. I was appointed Curator of Sixteenth- and Seventeenth-century Portraits at the National Portrait Gallery in 1995 and worked in that position until 2002, during which time I oversaw the installation of the new Tudor Gallery in the Gallery’s Ondaatje Wing, the refurbishment of the seventeenth-century galleries and of the displays at Montacute House in Somerset, and co-curated Painted Ladies: Women at the Court of Charles II. In 2002 I started work part-time as Seventeenth-century curator, and in 2012 I curated The Lost Prince: The Life and Death of Henry Stuart.

I am interested in all seventeenth-century British portraiture, but in particular early portrait miniatures, seventeenth-century workshop practice, the work of Sir Peter Lely and his studio, and art and collecting at the Jacobean court. Building on the work of the late Sir Oliver Millar and Diana Dethloff, I am researching and co-writing a catalogue raisonné of the works of Sir Peter Lely, to be published by Yale University Press. I am currently working on an exhibition about portrait miniatures by Nicholas Hilliard and Isaac Oliver entitled Elizabethan Treasures: miniatures by Hilliard and Oliver, to be held at the National Portrait Gallery in spring 2019.

‘Facing Europe: The Portraiture of Anne of Denmark (1574 – 1619)’, in Telling Objects. Contextualising the role of the consort in early modern Europe, ed. Jill Bepler and Svante Norrhem, Harrassowitz Verlag, Wiesbaden, 2018

‘The Wroxton Portraits’, with John Guinness, British Art Journal, May 2018

‘The Portraits’, and Appendix 2, ‘A list of portraits’, with Tarnya Cooper and Margaret Zoller in The Lumley Inventory. Art Collecting and lineage in the Elizabethan Age, ed. Mark Evans, The Roxburghe Club, London, 2010.

Research Editor for Artists 1500 – 1700 for the Oxford Dictionary of National Biography, 2004; also author of four biographies.