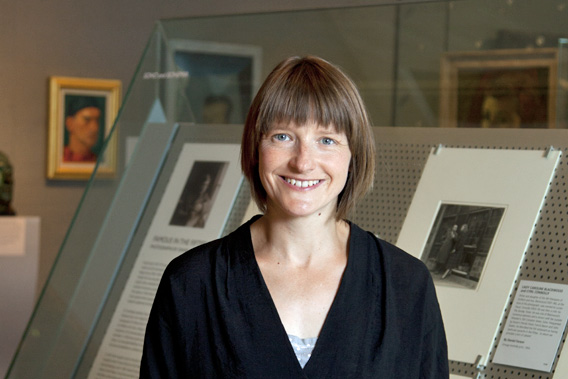 As Curator, Photographs (Acquisitions and Collections, part-time) my work at the Gallery involves working with the breadth of the Photographic Collection comprising 250,000 items and with the varied subjects the photographs depict from the 1840s to the present day. I assume some responsibility for new acquisitions in photography and the care and cataloguing of the Collection.

Some of the more recent displays I have curated include Marilyn Monroe: A British Love Affair, The Bloomsbury Poet & The Cambridge Photographer: Julian Bell & Lettice Ramsey, with Peter Stansky, Famous in the Fifties: Photographs by Daniel Farson, Private Eye: Photographs by Lewis Morley, Scandal ’63: The Fiftieth Anniversary of the Profumo Affair, and Public and Private: Winston Churchill in Photographs.

I joined the Photographs department of the National Portrait Gallery in 2000 as Assistant Curator. Some of the displays that I curated as such include Seizing an Instant: Photographs by Roger Mayne (2004), John Gay: Portraits in Print (2006), Private View: British Pop and the 60s Art Scene (2007) and Jazz in London: Photographs by Walter Hanlon (2008). In 2009 I was appointed Associate Curator for the exhibition and publication Ida Kar: Bohemian Photographer (2011) and since January 2016 my post prioritises acquisitions and the collection. I studied BA Hons Fine Art at Wimbledon School of Art (1994-8), writing my dissertation on the work of Alberto Giacometti and Germaine Richier and the concerns of Existentialism.

Whilst at the National Portrait Gallery I have developed my interest in post-war photography and culture. The research that I undertook for the exhibition of the work of Ida Kar, a photographer of Armenian origin, portraying artists and writers in London and Paris in the 1950s and 1960s, led to a specific interest in this period and milieu. Conferences/ discussions include Exhibiting Art in Post War Britain, January 2016, Decoding the domestic interior in British portraits, Geffrye Museum June 2017, South Asian Modernists 1953-63, the Whitworth, December 2017.