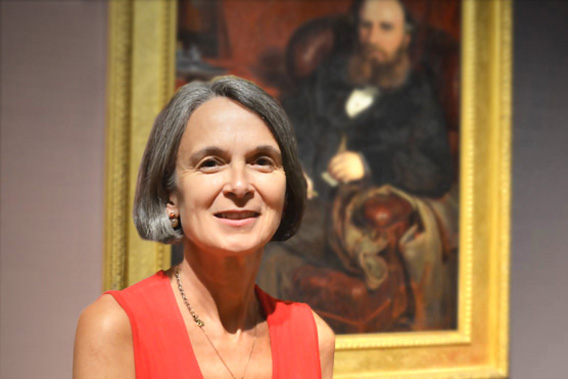 As Chief Curator of the National Portrait Gallery I oversee the Curatorial Department and the Archive & Library. I have overall management of Gallery acquisitions for the collection, the temporary display programme and the interpretation of the Gallery’s collections from 1500 to the present day. I am currently working with curators on the reinterpretation of the collection ahead of the Gallery’s capital project, Inspiring People.

I have a degree in the History of Art from Nottingham University (1984) followed by an MA and PhD at the Courtauld Institute of Art in History of Art. My PhD thesis was on ‘The Nude in Victorian Painting 1850-1885’ (completed 1990). After completing my PhD, I lectured in the History of Art at University of Birmingham and Sotheby’s Institute. I joined Tate Britain in 2000 becoming lead curator of 19th-century British art where I was responsible for acquisitions, collections research, exhibitions and displays relating to the Victoria era. Key exhibitions included Exposed: The Victorian Nude (2001),  Millais (2007), Watercolour (2011), Artist and Empire (2015) and Edward Burne-Jones (2018-19), the first major survey of the artist’s work to be held in London for over forty years. In 2017 I curated Reflections: Van Eyck and the Pre-Raphaelites at the National Gallery, London which explored the influence of Van Eyck’s Arnolfini Portrait (1434) on the young painters of the Pre-Raphaelite Brotherhood. I joined the National Portrait Gallery in 2017 as Chief Curator.

My research has focused on artists associated with the Pre-Raphaelite movement as well as nineteenth and early-twentieth-century European art. I am interested in the transnational networks that developed in the nineteenth century and in the art of the British Empire. Recent work has looked at questions of media in the work of Edward Burne-Jones. My current research is towards an exhibition on the family portrait.

‘A "State" Gallery? The Management of British Art During the Early Years of the Tate’, in Colin Trodd and Paul Barlow (eds.), Governing Cultures: Institutions of Art in Victorian London (Routledge, 2000)

John Petts and the Caseg Press (Ashgate, Aldershot and Vermont, 2000)