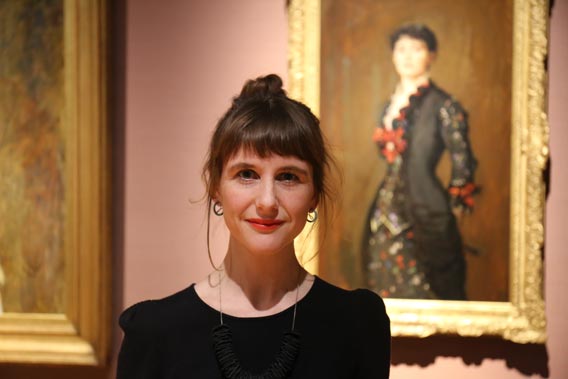 I have responsibility for the care, presentation and development of the Gallery’s 19th-century and, in the interim, 20th-century collections. My day-to-day role involves identifying, researching and proposing potential acquisitions within the given period, producing new interpretation, curating exhibitions and displays for the Gallery and its regional partners, and managing the display of the collection across the galleries on the first floor.

I joined the Gallery in 2018 from English Heritage where I was Curator of Collections and Interiors for three London sites: Charles Darwin’s home at Down House, Eltham Palace and The Wernher Collection at Ranger’s House. Previously, I undertook an AHRC Collaborative Doctorate Award with the University of East Anglia and Norwich Castle Museum & Art Gallery, writing a doctoral thesis on the early 19th-century British artist, John Sell Cotman, and curating the exhibition “Almost too daring for an individual”: John Sell Cotman’s One Man Show (28 March 2015–28 March 2016). I was formerly Assistant Curator, 18th-Century Collections at the National Portrait Gallery and Assistant Curator at Dulwich Picture Gallery, having initially gained experience at the Georgian Group, the British Museum’s Department of Prints and Drawings and Dr Johnson’s House, and trained at the Courtauld Institute of Art (BA and MA).

I am a historian of British art focusing particularly on the late eighteenth and nineteenth centuries. My PhD thesis, entitled Survival in the British Art World, c.1800-40: the art and career of John Sell Cotman, critically engaged with how Cotman attempted to construct a career in a fiercely competitive and congested art world. More broadly, it explored how we might now rethink the relationship between art and lived experience, and scrutinized the monographic form.

I am also interested in the possibilities and limits of artistic collaboration, as well as nineteenth-century debates on the production of historical knowledge and notions of authenticity. Other research projects have focussed on Andrea Soldi’s 1730s portraits of Levant Company merchants, the musical patronage of Frederick, Prince of Wales, the collecting practices of Dulwich Picture Gallery’s founders, and the formation of the British Academy in Rome during the 1820-30s, which resulted in a book and a display at the NPG.