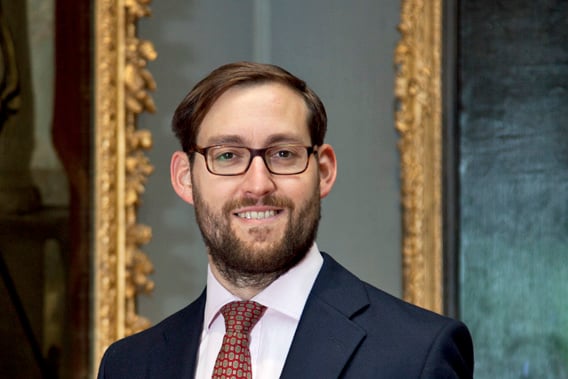 I contribute to the curatorial management and presentation of the Collection with particular responsibility for the seventeenth and eighteenth centuries. I participate in curatorial meetings; advising on acquisitions, loans, commissions and curatorial policy. I help supervise the upkeep of permanent displays and develop appropriate forms of interpretative content for the galleries. I devise and deliver temporary displays both within the Gallery and at partner organisations and work on exhibitions. I research the Collection, respond to enquiries, contribute to the Gallery’s public programmes, act in an advisor and represent the Gallery at external events.

I joined the National Portrait Gallery in 2005, having studied a BA and MA at the Courtauld Institute of Art. Prior to joining the Gallery I worked for the National Gallery and British Council. I have curated displays on Henry Irving, the Chartists, Gilbert & Sullivan, Captain Scott, Leslie Stephen, Swinburne, Tennyson, Wilde, Edwin Landseer, Florence Nightingale, William Homan Hunt, Nile explorers, Charles Ricketts & Charles Shannon, William Dobson, Lady Jane Grey, Treason, Plots and Murder, Favourites: Art and Power, Simon Schama’s Face of Britain, Royal: then & now at Beningbrough Hall, Exposed: the Naked Portrait and Augustus John. I have curated touring displays on Charles I, the Act of Union and the early history of the Royal Society.  My career at the Gallery has included a year as acting seventeenth century curator and periods of cover for the sixteenth, eighteenth, nineteenth and twentieth century curators.

My research interests focus on seventeenth and eighteenth century British portraiture. The research undertaken for the Gallery exhibition The Lost Prince: The Life & Death of Henry Stuart (2012-13) has resulted in a particular interest in the court culture of Henry Prince of Wales (1564-1612). I also worked closely with John Ingamells on the Gallery catalogue Later Stuart Portraits, 1685-1714. I am currently working on the careers and practices of Nicholas Hilliard and Isaac Oliver.

Catharine MacLeod (ed.), The Lost Prince: The Life & Death of Henry Stuart, exh. cat. National Portrait Gallery, 2012, for which I have contributed catalogue entries and an appendix on Prince Henry’s patronage of architecture and garden design.