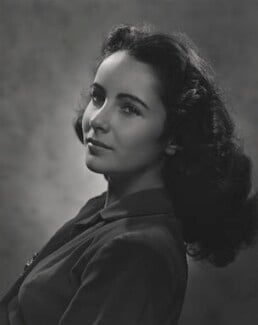 Issue 24
Taken from the Face to Face newsletter

YOUSUF KARSH is one of the most important portrait photographers of the twentieth century. Fascinated by ‘greatness’, Karsh photographed many eminent public figures, from world leaders to Hollywood stars, during a career that spanned seven decades. The glamorous professional life he enjoyed was in marked contrast to his early years as a refugee from civil unrest in Armenia. Sent to live with an uncle in Canada, Karsh became enamoured of his adopted country and his uncle’s profession as a photographer.

A career-defining opportunity came in 1941 when, under the patronage of the Canadian prime minister W.L. Mackenzie King, Karsh photographed Winston Churchill, who had been speaking at the Canadian House of Commons. This picture became one of the most famous portrait photographs of the century, and established Karsh as the photographer of society’s top rank. Indeed, it became something of a necessity for a dignitary to be ‘karshed’. His published collections of photographs, Faces of Destiny (1946) and Portraits of Greatness (1959), brought together ‘the world’s most distinguished men and women’, and featured some of the portraits in this display, including those of Noel Coward and George Bernard Shaw.

Through careful manipulation of pose and artificial lighting, Karsh imbued all his sitters with a sense of timeless dignity. Even Lord Beaverbrook, who was unable to sit still for a minute, looked like an ancient philosopher, causing him to remark, ‘Karsh, you have immortalised me!’ Although for the most part reverential, Karsh nevertheless hoped that his portraits were incisive, perhaps revealing ‘the trace of the fierce competition characteristic of human affairs in our era; sometimes the gleam of arrogance’.