The 20th century was a time of extraordinary change. One hundred years of progress which shaped not only the society of the day, but generations to come. Behind this progress were incredible individuals who chose to defy convention, and in doing so changed the world forever.

ICONS is an eight-part series on BBC TWO exploring the achievements and legacies of some of the greatest figures of the 20th Century.  Seven well-known advocates will each front an hour-long documentary arguing the case for four people from a different field of human endeavour:  Leaders, Explorers, Scientists, Entertainers, Sports Stars, Artists & Writers and Activists.

At the end of each documentary the public will be asked to vote for their favourite.  The Icon who wins the public vote in each of the seven categories will be put through to a live final, which will see all of the celebrity advocates return to fight their Icon's case - the public will then vote again for the person they believe was the greatest figure of the 20th Century.

The series and voting starts on the 8 January on BBC TWO and the live grand final is on 5 February.

The National Portrait Gallery has partnered with the BBC to create this special trail. In the Gallery you will find portraits of a key sitter from each theme. This booklet also contains information about all the men and women featured in the BBC ICONS series, co-produced with The Open University.

Having spent much of my career in sport, I need no convincing of its power to inspire, unite and entertain. Sport may be humankind’s great trivial invention, designed to bring joy as well as promote exercise but it has a power far beyond the field of play. Indeed, the role of a few sporting superstars has had a huge impact on the history of the 20th century.

These icons may have secured our attention with breath-taking sporting performances, which live long in the memory but they also became symbols of something greater. Each of these legends transcended their sport, and leave a legacy greater than their career statistics. They each represent triumph, not just over their competitors, but over marginalisation, prejudice and bigotry.

Again and again, the 20th century saw sporting figures lead the way, and where they trod a path to inclusion and acceptance – society often followed. 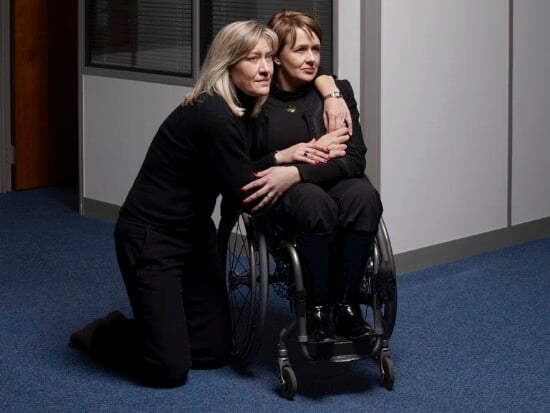 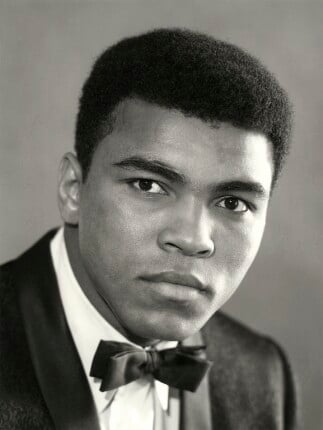 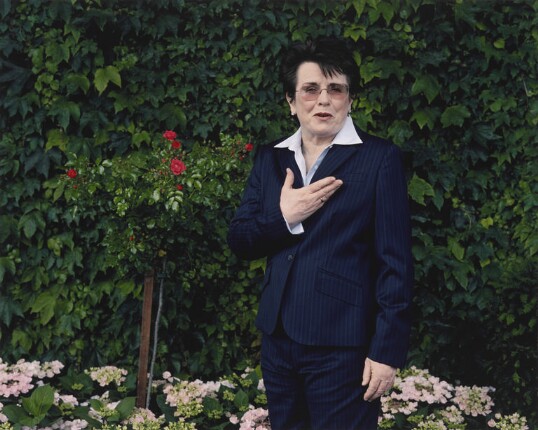 The 20th Century marks a huge shift in Art History, where traditional art forms were continuously interrogated and up-rooted in a quest for meaning. Artists reflected the evolving emotional, psychological, and political landscape of a tumultuous century, in new and profound ways.

The century’s greatest artists and writers were unafraid to tackle big concepts, from mental health to war, from terror to fame – the things which society found the hardest to process, often proved the most fertile ground.

Each of these Icons were revolutionary practitioners of their art form, they were game-changers who disrupted the status quo, and gave birth to entirely new schools of work. Their achievements left their mark on the world and the time, and their legacies live on today, offering us a portrait of the past. Virginia Woolf by Vanessa Bell, 1912
On display in Room 30 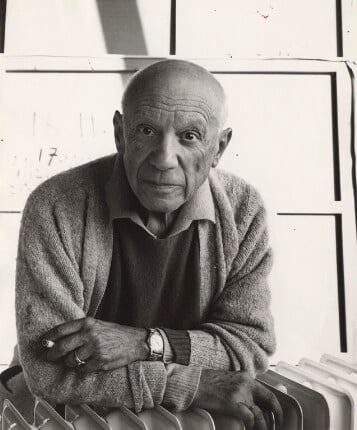 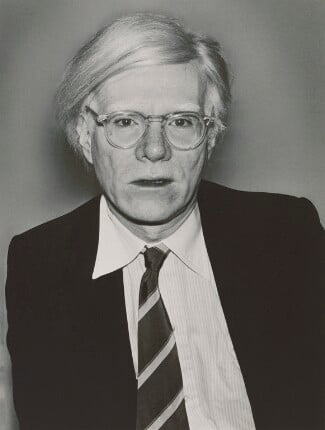 The 20th Century was the century of activism - a time when, across huge swathes of the world, power moved from the hands of the few, to the many. This was a hundred years that saw the spark of democracy emerge and then spread like wildfire and these great men and women fanned the flames.

Each of these Icons stands out for different reasons, each championed a different cause but I think what’s fascinating is how much they had in common. They were all preoccupied by societal iniquity and improving the lives of millions, giving voice to those that had gone largely unheard. Each of them, in their own way, fought for freedom and came up with new ways of bringing their cause to wider attention. They fought tirelessly for what they believed in, but perhaps more importantly, acted like guiding lights for their supporters. Their names have become synonymous with not just their causes but social activism in general.

These people didn’t just change the world - they inspired others to do the same. 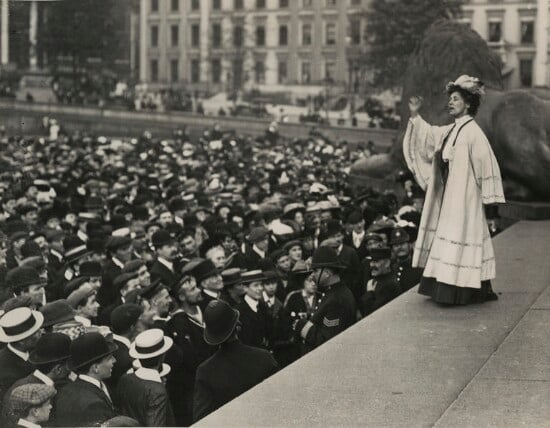 Emmeline Pankhurst addressing a crowd in Trafalgar Square by Central Press, 1908
On display in the Room 31 showcase What’s fascinating about the story of exploration in the 20th Century is how it evolves; we start off with people flag planting in the name of empire, and over the decades - as technology becomes more advanced - the scale of their discoveries gets bigger and bigger, as human kind tries to conquer unknown lands, the oceans - even the skies.

Each of these Icons showed immense bravery and courage – but they also held a deep seated passion for their subject. Far from merely being a race to be first to the biggest prizes, I think some of the most valuable lessons we’ve learned from their explorations are about appreciating the world that’s all around us, and how vital it is to preserve it.

It’s a journey from conquest to understanding, something epitomised by each of these Icons, and that, for me, is what makes them so compelling. 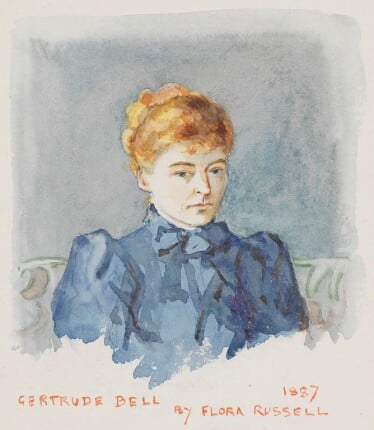 The story of science in the 20th Century is a subject so enormous it’s almost hard to comprehend. This is a century that begins without computers, antibiotics or aeroplanes and ends with countless innovations, from brain surgery to mobile phones and the internet – the list of human achievements makes the mind literally boggle. Behind each extraordinary discovery and invention were dedicated scientists, who were brave enough to throw off established thinking.

These four Icons each joined fields of study that already existed, but made discoveries or breakthroughs that sent shockwaves through the world of science and beyond. What their lives tell us, is that scientists neither live, nor work, in vacuums. These aren’t dusty, theoretical figures; these are firebrands, trailblazers, pioneers.

These are people willing to make huge sacrifices, and suffer enormous personal costs for their work. They gave more than just their imaginations, they gave their souls, sometimes even their lives, to the advancement of science. 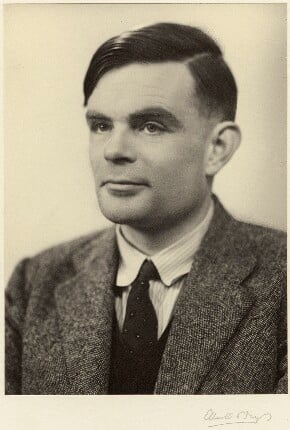 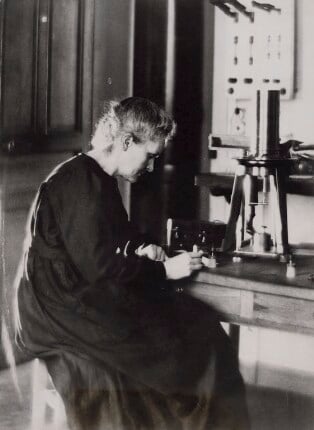 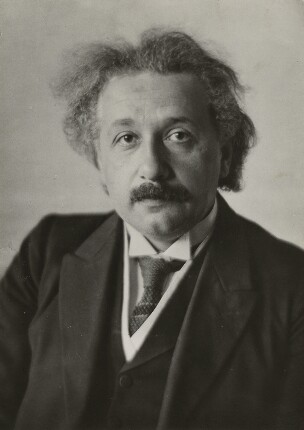 Leaders, the people who every day take decisions that affect millions of people, are often far from straight forward, and almost never universally revered. Yet, it is they who stand out as the people who hold the fate of nations in their hands, and who dictate the course of history. During the 20th Century, leaders had much to contend with – wars, economic crises and humanitarian plights landed at the feet of these icons, and each answered the call in different ways.

I think what’s interesting about 20th Century leaders in particular, is how the evolution in communication technology affected not only what we saw and heard of the people in charge, but what we wanted from them. Our rulers went from men of empire, determined to maintain an established world order – to people with newly found freedoms, equally determined to establish a new way of doing things – one which represented not only the leaders, but the people they led. 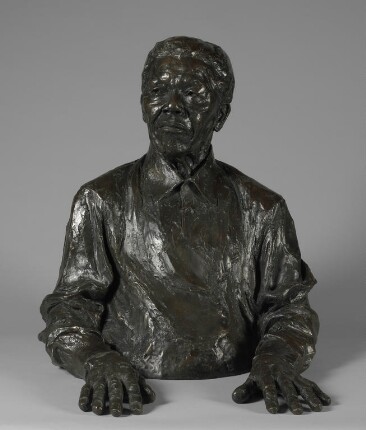 Nelson Mandela by Ian Homer Walters, 2008
On display in Room 32 Winston Churchill by Sir William Orpen, 1916, Lent by Trustees of the Churchill Chattels Trust, 2012
On display in Room 31 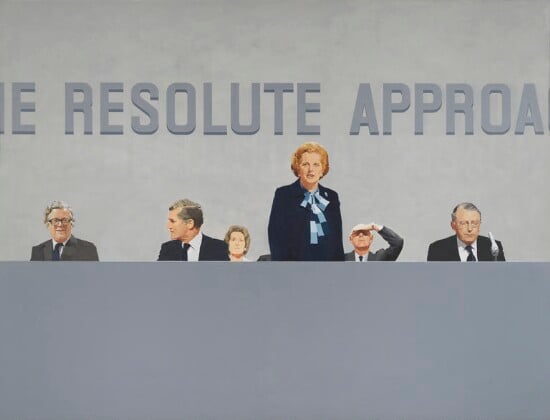 Entertainers are the true thread through our history. Entertainers make people come together; breathe at the same time; laugh, cry - together. Entertainers may not be leaders, but we still lead the way. Entertainment in the 20th Century saw the world go from vaudeville clowns to Space Oddities, and everything in between, but most importantly, entertainers are people we care about; singers, actors, comedians – these are people that we hold in our hearts. We line up to see them at the movie theatre or spend our hard-earned cash on their songs, not out of a cold appreciation for their technical skills, but because we love them and believe they speak for us.

For me it’s that fact that makes Entertainers icons in the truest sense – they are made by us, they belong to us – and they in turn make us laugh, make us cry, and inspire us, offering us ways to re-imagine our world. 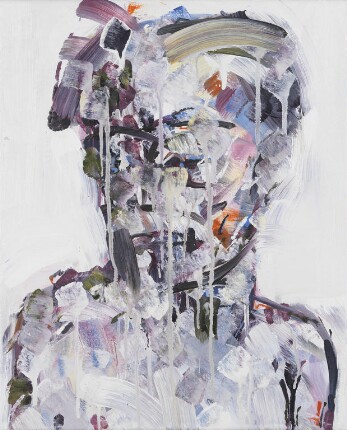 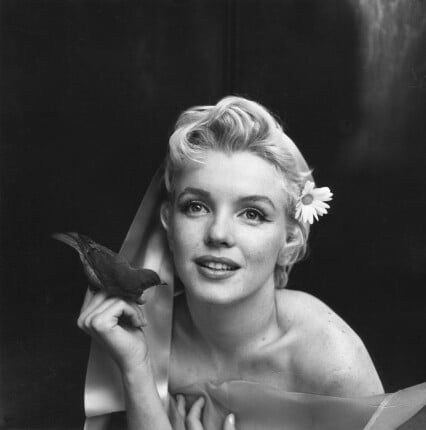 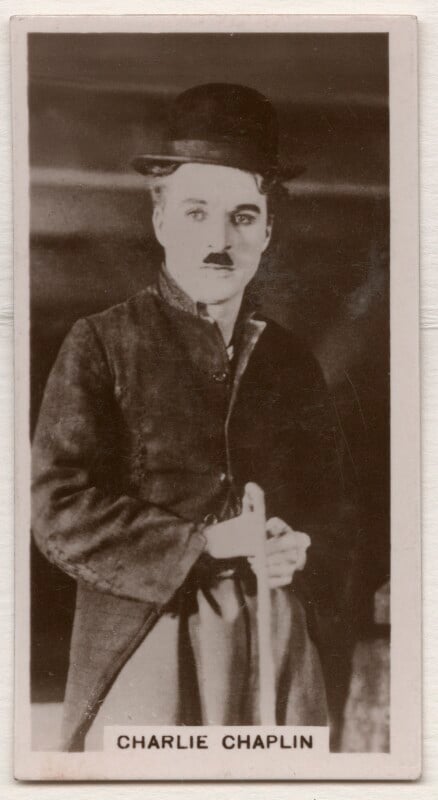