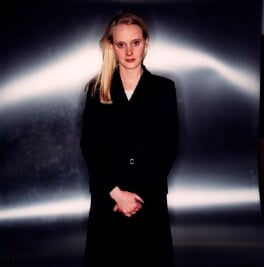 In association with
Spencer Stuart

Shami Ahmed (37) ­ Joe Bloggs
He made his name by offering the youth market the right clothes at the right price with this eponymous clothing chain. Ahmed is now spreading the word with his work on several task forces to encourage young entrepreneurs.

Tony Allan (36) ­ The Bank Group Restaurants
He was the man behind the fashionable mega-restaurant Bank and more recently the Southwark eaterie Fish! A second Fish! is set to open in Clapham and Allan plans to take the concept abroad. 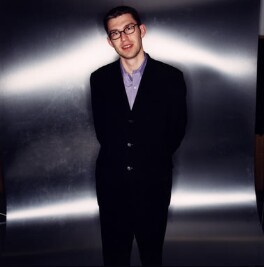 Charles Dunstone (35) ­ Carphone Warehouse
Having spotted the potential of mobiles when most considered them novelties, Dunstone went into the business. He is now the owner of the most successful and prominent high street retailer of mobile phones.

Matthew Freud (36) ­ Freud Communications
The PR legend behind names such as Chris Evans and Geri Haliwell, Freud now has big plans in e-commerce.

Hugh Osmond (37) ­ Punch Taverns
Osmond first rose to prominence alongside Luke Johnson at Pizza Express. In his latest guise, he is one of the most audacious takeover kings and responsible for revitalising the sagging world of the dark smoky pub.

Reuben Singh (24) ­ Miss Attitude
The young tycoon started clothing company, Miss Attitude, at the early age of 17 and, despite a retail slump, built it into a national chain in just three years, selling out in February 1999 for a reputed £22 million. He is now looking to help set up other young businesses.

Brent Hoberman (31) and Martha Lane Fox (27) ­ lastminute.com
This duo pioneered the selling of last minute travel bargains on-line and have expanded their site to include gifts, entertainment and restaurants.

Tim Jackson (34) ­ QXL
A former Financial Times journalist, Jackson set up Europe's answer to eBay, which now auctions everything from jewellery to holidays. He became a multimillionaire after floating the business last year.

Mike Lynch (34) - Autonomy
Lynch is the founder and part-owner of the successful quoted Cambridge based e-commerce company, a business that advises others on how to manage the internet.

Charles Muirhead (24) ­ Orchestream
The head of Orchestream is one of those rare internet figures ­ a profitable businessman selling a concrete product ­ in his case, software. Orchestream's programmers help make internet traffic flow better.

John Pluthero (36) ­ Freeserve
Pluthero is the managing director of Freeserve, the first UK company to offer free internet access. After less than a year in existence Freeserve became worth more than its parent, Dixons.

Dan Wagner (36) - Dialog
Wagner founded market analysis and information business MAID in 1985 and has been surfing the wave of the new economy ever since. Now chief executive of digital content and search technology provider, Dialog.

Andrew Bonfield (37) ­ SmithKline Beecham
At 36, Bonfield became one of the youngest directors in the FTSE-100.

Ian Livingston (35) ­ Dixons
Livingston joined Dixons board in 1997 and a year later became finance director; he is by far the youngest director the group has ever had.