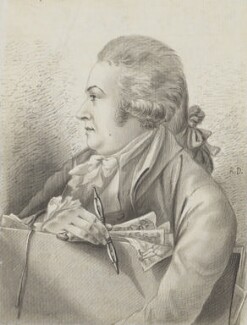 The founding father of this artistic dynasty, Robert Dighton, was the son of the London printseller John Dighton. He entered the Royal Academy Schools in 1770, exhibiting miniature portraits and comic drawings. The first prints he designed were of actors for John Bell's edition of Shakespeare (1775-6).

A colourful character, he had a successful parallel career as an actor and singer and appeared at the Haymarket, Covent Garden and Sadler's Wells.

As an artist, he was first offered consistent employment by the publisher Carington Bowles. This was the heyday of the so-called 'droll' mezzotint and Robert's output of designs, executed in watercolour and then engraved, was an integral part of Bowles' stock.

In the early 1790s Robert began etching and publishing under his own name. Numerous portraits were to follow - numbering over 150 throughout his lifetime. His work took him to the provinces, including Brighton, Portsmouth and Plymouth. Following the discovery of his scandalous thefts from the British Museum in 1806, he fled London and worked in Oxford, Bath and Cambridge, eventually returning in 1810. He then set up his own printing studio in Spring Gardens, Charing Cross, where he worked with his sons until his death in 1814.

Dighton had married the singer Miss Bertles in 1791 but
it seems she was not the mother of Robert's sons featured in this display.