In Close Up: Humphrey Spender 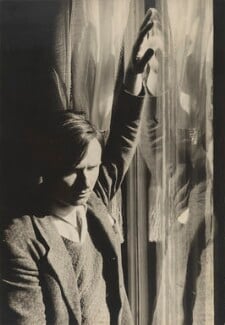 Photographer, painter, printmaker, textile designer and teacher. Humphrey Spender was born in London in 1910. One of three sons of Harold Spender, a journalist and biographer of Lloyd George.

He studied History of Art at the University of Freiburg-im-Breisgau 1927-8 and spent time in Weimar Germany in the company of his brother Stephen Spender, W.H. Auden and Christopher Isherwood. A course at the Architectural Association (1929-34) instilled in him a sensitivity for composition and the human scale that became the
hallmark of his documentary photography. In 1934 he opened a studio off the Strand in partnership with Bill Edmiston, undertaking commissions for the Architectural Press, Vogue and Harper's Bazaar. From 1935 he produced generic studies of English life for the Daily Mirror as 'Lensman'.

Spender photographed the Jarrow Hunger Marches for Left Review. Some of his finest work was undertaken in Bolton and Blackpool for the sociological study, Mass Observation, founded by Tom Harrisson and Charles Madge. In 1938 Spender began a series of
commissions for the recently launched, illustrated weekly magazine, Picture Post. Called up in 1941, Spender, operated as an Official War Photographer and an interpreter of RAF reconnaissance
photographs. In 1953 he accepted a post in the Textiles Department of the Royal College of Art, and abandoned professional
photography. Humphrey Spender is still producing work in a range of media from his studio-home in Essex, commissioned in 1968 from the architect Richard Rogers.