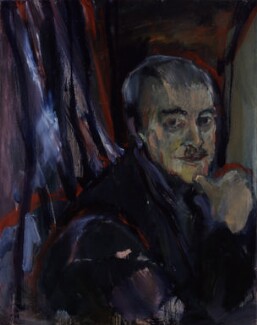 Born in Dunfermline on 11th December 1929 and brought up in Great Yarmouth, at the age of fifteen MacMillan was awarded a scholarship to the Sadler's Wells Ballet School. He was a founder member of the Sadler's Wells Theatre Ballet in 1946, where he made his first experimental workshop ballets. MacMillan was a fine classical dancer, but it was as a choreographer that he excelled,

and, through his choice of complex and difficult subject matter, advanced the frontiers of ballet.

In 1955 Dame Ninette de Valois, Director of the Royal Ballet,
commissioned MacMillan's first professional ballet Danses Concertantes. He went on to create a succession of one-act and full-evening ballets that are now performed in company repertoires throughout the world. He served as Director of Ballet at the Deutsche Oper Berlin (1966-1969), Resident Choreographer and Director with the Royal Ballet (1970-1977), Principal Choreographer of the Royal Ballet (1977-1992), and Artistic Associate of American Ballet Theatre (1984-1989). MacMillan was knighted in 1983.