"Our aim in this exhibition is to spotlight some of Britain's brightest athletes taking part in the 2002 Commonwealth Games (to be held in Manchester 25 July - 4 August). In travelling throughout the UK to photograph for this project, we felt that it was important to photograph the athletes in their training environment. By doing so, we aimed to produce less guarded, more honest images, showing the grit and determination required to be a top contender and champion, as well as capturing aspects of each individual character.

We hope that these images convey our admiration for the competitors, and may perhaps indicate some of the dedication that exists prior to the short periods of media attention that they sporadically receive."

Award-winning photographers Jonathan Anderson and Edwin Low have been collaborating since 1990. Their photographic work, including portraiture, architecture, reportage, nude and landscape, has been exhibited world-wide, and is in a number of permanent collections including the National Portrait Galleries in London and Canberra, and the US Olympic Committee in Colorado Springs.

'The Contenders', is a continuation of Anderson & Low's sporting imagery. The project began with 'The Athlete', an exhibition featuring international athletes that started its world tour at the National Art Gallery of Malaysia for the 1998 Commonwealth Games and appeared at the National Portrait Gallery of Australia to celebrate the 2000 Sydney Olympics. 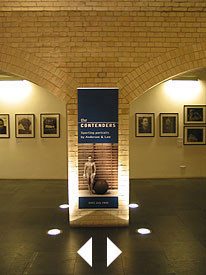 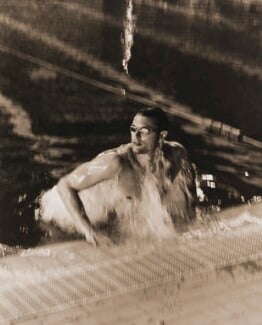