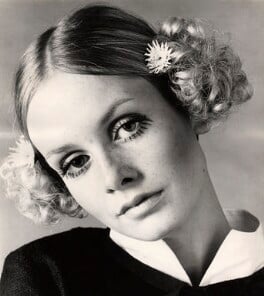 The rise of the blonde has been one of the most striking features of the 20th century. Following a tradition that dates back to the Greek goddess Aphrodite, the blonde has always stood out. This display of twenty striking photographs highlights a variety of celebrated British Blondes in the National Portrait Gallery's collection from the 1930s up to the present day in varying fields of endeavour. It coincides with, and was inspired by, the publication of On Blondes by Joanna Pitman (Bloomsbury).

Blonde hair has come to signify beauty, power and status. The exhibition looks at women from the worlds of politics, fashion, music, film and media, with photographs giving us examples of the intriguing cultural significance of blonde hair.

From the 1930s Unity Mitford, with her swastika brooch, represents the flirtation of some members of the aristocracy with the rise of National Socialism in Germany and its adoption of the powerful imagery of the blonde Aryan ideal. In contrast Madeleine Carroll, the first of Hitchcock's blondes, was to return from a glamorous life in Hollywood to work in London for war relief after her sister`s death in the London Blitz. 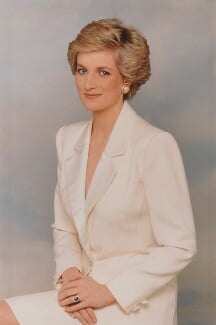 Diana Dors is a fabulous example of the pneumatic busty blonde woman of the 1950s and 1960s. Margaret Thatcher and Princess Diana are both women who mutated gradually from mousy brunettes into lustrous blondes as they grew more powerful. Each one of the blondes in this exhibition is marked out by the bewitching, mesmeric attractions of her hair.

The display is curated by Joanna Pitman,Tokyo correspondent for the Times from 1990-1994 and now their photography critic. On Blondes is her first publication and offers a definitive view of blondes through the ages. 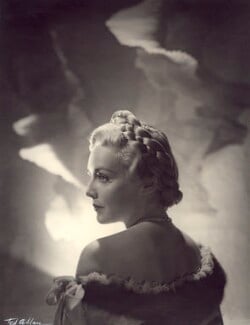 Also to co-incide with British Blondes, the National Portrait Gallery and te Neues Verlag have published a wall calendar and diary. Both products are dated 2004 and retail for £9.99. Their contents are derived entirely from our expanding Photographs Collection.