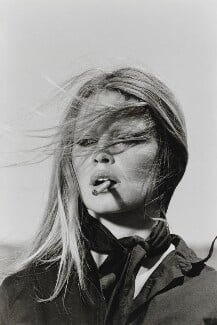 From the start of the 1960s and continuing until the present day the name of Terry O'Neill has become inextricably connected with some of the most interesting takes on photographic portraits of celebrities. From the Beatles and Rolling Stones in the 1960s to the Royal Family and the Prime Minister's family in more recent times Terry O'Neill has proved adept at recording the significant subjects of the day in a visually stimulating and sometimes unexpected way and thus illuminated history of our age.

The display is timed to coincide with the publication Celebrity: The Photographs of Terry O'Neill, with an Introduction by A.A. Gill, published by Little Brown in September 2003. The book and display celebrate a retrospective look at O'Neill's career and celebrate a long collaboration with the photographer and the National Portrait Gallery. Shown here, over the four screens of the Balcony Gallery are forty-three photographs spanning the last forty years. O'Neill's work was first shown here in 1985 in the exhibition Stars of the British Screen and since then his works have made a significant contribution to a number of changing exhibitions and displays. 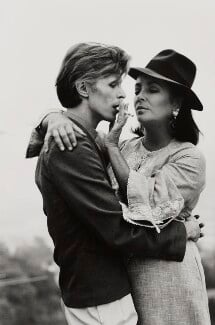 Thanks to Terry O'Neill's generosity the Gallery now has sixty-three of his works in the collection. These other images, not included in the present display, can be seen on the Woodward Portrait Explorer in the IT Gallery on the floor directly below this Gallery.

The National Portrait Gallery would like to thank Terry O'Neill for making available his historic negatives and transparencies and we should like to thank Robin Bell for his printing of all the black and white subjects and Metro Imaging for R type colour digital prints.

Terry O'Neill was born on 30 July 1938 in the East End of London. His career as a photographer evolved by chance out of his first ambition to become a jazz drummer. Leaving school at fourteen and then doing his National Service his ambition was to go to America to study with the great drummers there. Thinking that the best way to travel frequently and inexpensively to the USA would be to get a job as an air steward for BOAC. The airline at that time had no vacancies for stewards but suggested he took a vacancy in their technical photographic unit, which he combined with time at an art school and he then became interested in photojournalism. 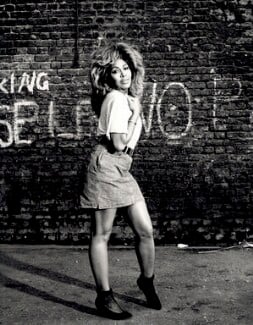 This lead to freelance work at London Airport where, working with his Agfa Sillette, he looked out for interesting pictures of subjects in the passenger terminal. His first scoop was to photograph a distinguished looking sleeping figure that turned out to be R.A.B Butler, the then Home Secretary in Harold Macmillan's government. The picture was bought and appeared on the front page of the Sunday Dispatch leading to the editor offering him a job as a reportage photographer at Heathrow. This was followed by three years in Fleet Street, with O'Neill at 21, the youngest photographer in Fleet Street taking pop pictures for the up-tempo Daily Sketch.

One thing lead to another and O'Neill quickly became a significant image-maker and one of the group of talented young photographers who helped create the photographic icons of the 1960s and create part of the buzz that became Swinging London. The peer group that emerged in this decade included David Bailey, Terence Donovan and Brian Duffy from the East End and Patrick Lichfield and Lewis Morley from other backgrounds. 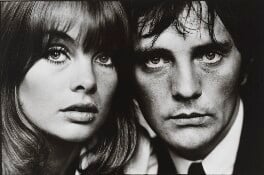 Terry O'Neill's film connections and fifteen-year relationship, including a three-year marriage (1983-6) to the Hollywood star, Faye Dunaway, helped contribute to his profile and success internationally, particularly in America, from the 1970s onwards. His important commissions from American based international magazines such as Life and later the film magazine Premiere have all added to his reputation, whilst in London, his work is most frequently seen in the glossy pages of the Sunday Times Magazine.