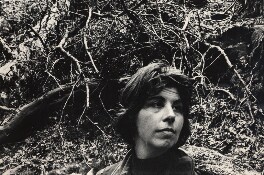 
Roger Mayne first developed his interest in photography whilst studying chemistry at Balliol College, Oxford (1947-51). There he met the photographer Hugo van Wadenoyen and through him became involved in the Combined Societies group exhibitions (1951-55). Mayne moved to London in 1954, first staying with the artist and photographer Nigel Henderson.

One of Mayne's first photographic projects was taking the stills of the ballet film, Between Two Worlds (Sam Kaner, 1955). In the same year he moved to Addison Avenue, North Kensington and began to photograph the life and people of nearby Southam Street.

Mayne's 'Photographs from London' were shown at the ICA in 1956 and were praised by the art critic David Sylvester and the novelist Colin McInnes. The latter chose Mayne to take the cover image for his book Absolute Beginners (1959). Mayne's other photographic work of this period appeared in The Times, The Sunday Times, and The Observer.

His reportage essay commissioned by Penelope Gilliatt,
'The Teenage Thing', appeared in Vogue in 1959. Mayne first met playwright Ann Jellicoe whilst photographing a production of her play, The Sport of My Mad Mother, in 1958, and married her in 1962. For four years they collaborated on The Shell Guide to Devon (published in 1972). In 1975 they moved to Lyme Regis, Dorset, where they still live.

The National Portrait Gallery acquired eighteen of Mayne's portraits in the early 1970s and in 2003 a further six photographs were purchased. This display celebrates these two collections. Mayne's portraits of subjects connected to the Royal Court Theatre including John Arden and Arnold Wesker were taken as part of a personal project.

'Photography involves two main distortions - the simplification into black and white, and the seizing of an instant in time. It is this particular mixture of reality and unreality, and the photographer's power to select, that makes it possible for photography to be an art. Whether it is good art depends on the power and the truth of the artist's statement.'
Roger Mayne, 1960, quoted in the comprehensive monograph
Roger Mayne Photographs (Jonathan Cape, 2001)